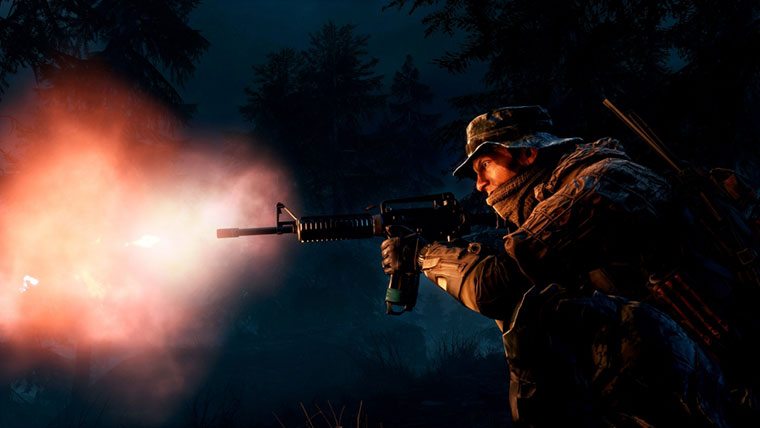 Battlefield 4 Night Operations are set to arrive in September and is said to change up the popular shooter in a number of ways.  Shrouding the battlefield in darkness, players will need to use different tactics than they may be accustomed to.  Using things like night vision scopes, flares, and other gadgets to gain a tactical advantage in the dark maps.

One new map has been revealed with Night Operations for Battlefield 4 — Zavod: Graveyard Shift is a reimagined version of the popular map Zavod 311, set in an old Russian tank factory.

Night Operations will support many of the popular game modes for Battlefield 4, including Conquest, Rush, Obliteration, Team Death Match, Domination, and Gun Master.

DICE has released a new cinematic trailer of Night Operations, which can be found below.