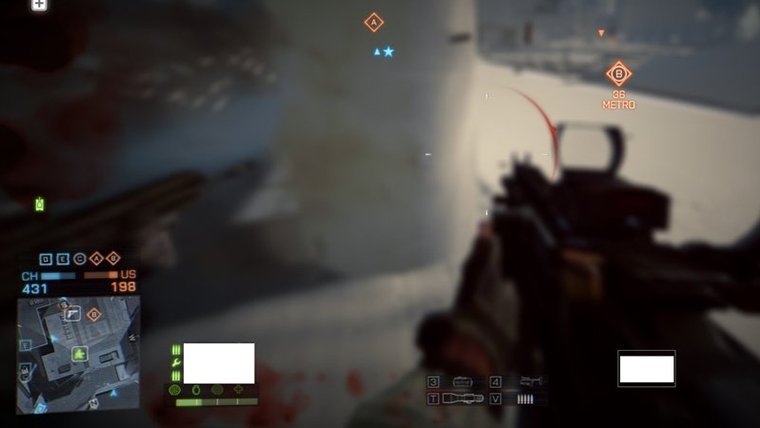 Snagged from the ongoing Battlefield 4 Alpha, these screenshots show some of the visual effects of the suppression system. It still looks like players will be impaired when being fired upon and taking damage. The screens also show off Battlefield 4 Boosts. In particular, a 25% boost to all XP earned on all kits.

There’s still no word on whether these boosts are something that is unlockable or earned on the Battlefield, or whether it’s something that players can unlock as an in-game micro-transaction.

It wouldn’t be a first for the series. Battlefield players could unlock upgrades for their weapons through purchasable content in Battlefield 3, and EA has proven that they are completely intent on giving players the option to shorten their path to unlocks in exchange for cash.

We’ll find out soon enough. Battlefield 4 is slated for a late-October release on current-gen consoles and PC, with the game due to arrive on Xbox One and PS4 at launch, as well.