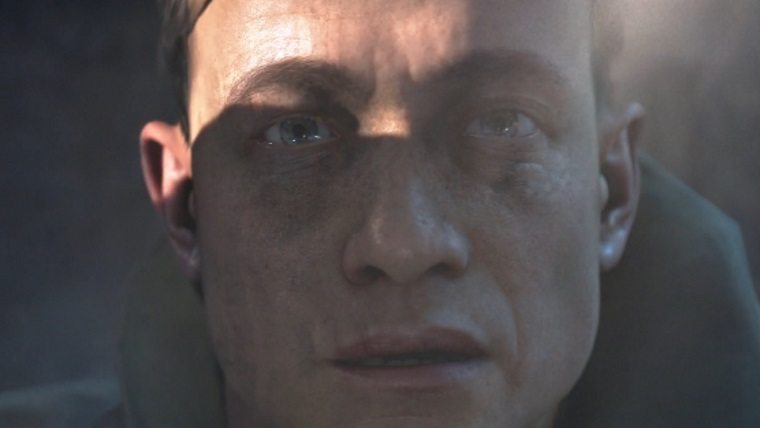 Battlefield 5, or whatever the next game in the series will be called, is being fully revealed tomorrow at 4pm Eastern Time. Today DICE has released a short, nine second long teaser video. The video shows a soldier looking up into the sky before a shadow covers his face. He looks on in seeming horror, before the video finally cuts out. With rampant speculation about what Battlefield 5 will be, and where/when it will be set, you would think this teaser would help end some of the speculation. You would be wrong.

Somehow DICE has crafted a near perfect teaser, walking a fine line, and giving each group of Battlefield 5 speculators reason to believe that their ideas are correct. In this short video you see a soldier who appears to be wearing older style clothing. Many have compared it to a bomber jacket from World War 2. However, looking up into the sky, and seeing a slow moving shadow come across his face has given ample evidence to those who believe BF5 will be a futuristic, scifi shooter. The idea is that a flying machine of some sort is creating the shadow.

Really, this is just a great teaser from DICE, as it ramps up the hype for the game just ahead of its reveal, without truly giving away anything that should be saved for the event. Fans will continue speculating on what the game will end up being, and we’ll all be watching in anticipation when the Battlefield 5 reveal event kicks off tomorrow, May 6th.