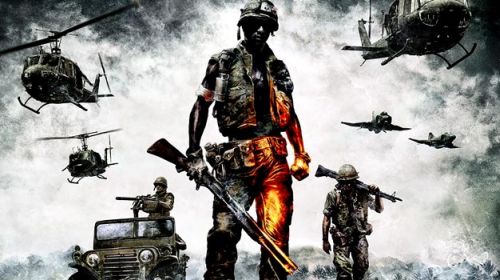 Bad Company 2 players will not be left out of the fun this Christmas.  DICE has announced that the Vietnam DLC pack will be releasing on Dec. 18th.  The release schedule is 18th for PC via Steam or EA Store, and Dec. 21st  for everyone else.

Not to be mistaken for a map-pack, Battlefield Bad Company 2 is the first true expansion for the game, giving you the option of choosing brand new factions and locations that were not previously included in the game: U.S. Marines or the North Vietnamese army in four new multiplayer maps.

New weapons and vehicles will also be included in the expansion, as well as new achievements for you to unlock.  This full featured expansion will be the first in the game to require a payment for content.

Have a look at the video below to check out some in-game footage and a look at some of the weapons and features.