Battlefield Hardline Manages 900p on PS4, 720p on Xbox One 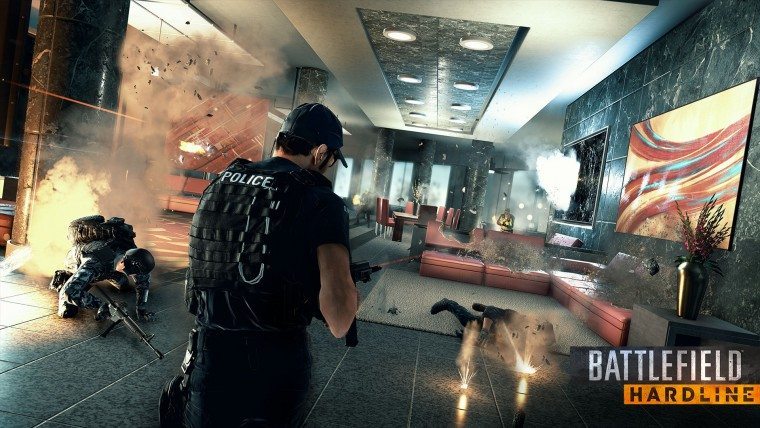 The debate over appropriate “next-gen” resolutions continues to rage on, and Battlefield Hardline looks to be the next game to fuel that fire. Visceral Games responded to one fan’s tweet regarding the new Battlefield’s resolution on the current generation of consoles. The response seems to have, unsurprisingly, upset many console owners.

Twitter and its never-ending supply of knowledge has revealed that the PlayStation 4 version of Hardline will run at 900p and the Xbox One counterpart will be sporting 720p, the same as Battlefield 4. This confirms last month’s reports of the game possibly being unable to achieve full 1080p. Given EA’s confidence last year in being able to squeeze out enough power from Sony and Microsoft’s platforms to produce full HD resolutions in this new installment, this news might come as a disappointment to some. The reason for the lower resolution is most likely due to Visceral Game’s dedication to keeping the game at 60FPS on consoles. At least, we sure hope this decision leads to a steady framerate on consoles.

This leaves the PC, as usual, as the definitive version of Battlefield Hardline, especially if you’re hoping to experience this cops vs. robbers FPS in 1080p/60FPS or higher. As one Twitter user put it, “so what will it run at on the PC?…Oh wait… #pcmasterrace.”