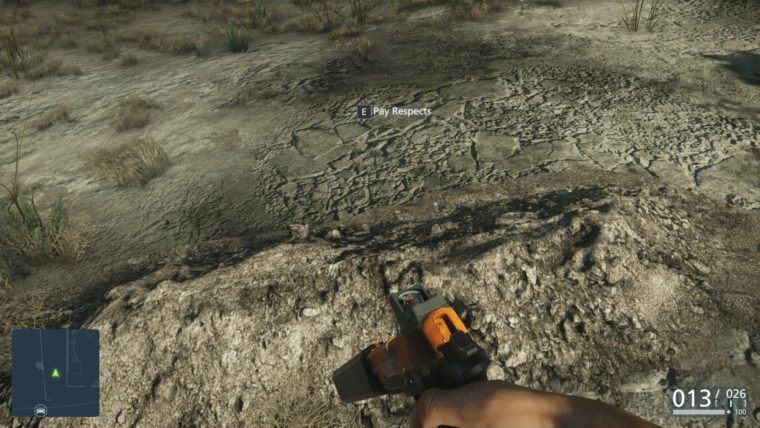 The rivalry between the Battlefield and Call of Duty franchises has lasted for years, and occasionally one of the two throws a punch. Visceral Games’ Battlefield Hardline is the next to do so via a light-hearted jab at Sledgehammer’s Call of Duty: Advanced Warfare. And it’s a rather hilarious easter egg that references the competition’s most recent installment.

Chances are you all recall the semi-awkward “Press F to Pay Respects” moment early on in Advanced Warfare that caught the internet’s attention (and ridicule), leading to a slew of comical memes. Hardline has implemented its own section to mock the failed serious scene, as found by PCWorld. The single player campaign sees officer Nick Mendoza stumble across a dirt grave which, after being scanned, prompts him to press E to “Pay Respects”.

The nod toward Call of Duty definitely warrants a chuckle and is reminiscent of the days when Bad Company 2 was really gunning for Modern Warfare 2 through a handful of amusing references. Given that no one (or at least, I assume no one) is picking up first-person shooters such as Hardline for just the single player experience, these types of hidden jokes help add something entertaining to the usually lackluster narrative experience. Have you found any other easter eggs in Battlefield Hardline of note? If so, share them in the comments section!