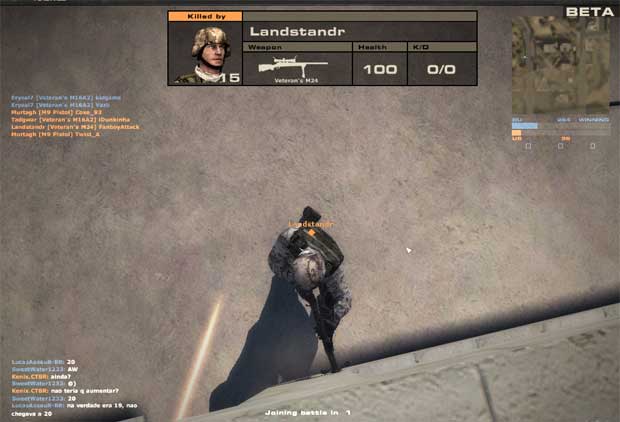 Battlefield Play 4 Free is now available for download.  Launching today, this Battlefield no-cost model is kind of impressive considering that it costs $0.  After a twenty minute download and install process you’ll be up and running.  Fans familiar with the recent Battlefield games will feel right at home with Battlefield Play4Free.  It feels very similar to the Bad Company games, although it doesn’t have quite the visual appeal that the retail version have.

Upon loading the client onto your computer, you’ll be able to launch games from the Battlefield Play 4 Free website.  You’ll also have access to your character customization tools, and the ability to track your progress through the game.  You can select things like Primary and Secondary weapons, Class Loadouts for the traditional Battlefield classes, and your gadgets as well.

Where Battlefield Play 4 Free is going to get you is on the microtransactions.  You can download a ton of items in the game.  You can customize the appearance of your character, purchase new weapons, purchase boosts for your character as well.  Even if you aren’t planning on spending your hard-earned real money on virtual goodies, Battlefield Play4Free is worth a look.