Battletoads are Coming to Xbox One as Shovel Knight Characters 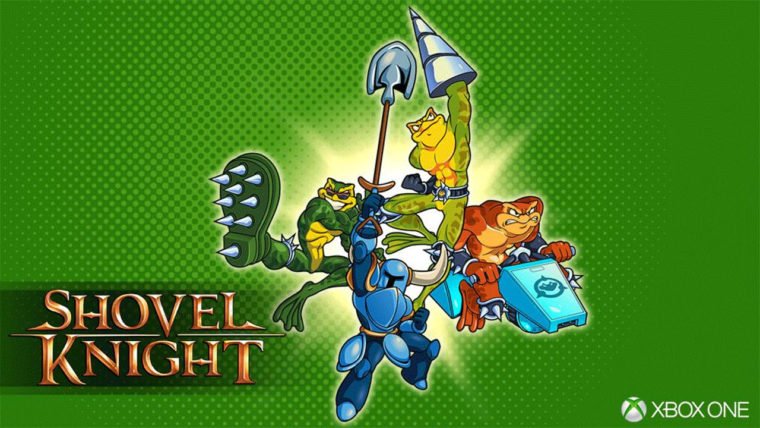 There have been a ton of rumors circulating that Battletoads would be making a comeback on the Xbox One. From the trademark being updated, to Phil Spencer brazenly sporting a Battletoads T-shirt at the Windows 10 event. Now we have definite confirmation that the fan favorites will be making a their long awaited return on the Xbox One, but it might not be in the way everyone was hoping for. Their introduction can be seen near the end of the video below.

The Battletoads drop in for a fight! Shovel Knight is headed to Xbox One and meets up with Rare’s brawling trio!

The Xbox One version of Yacht Club Games’ fantastic 2D platformer, Shovel Knight, will feature the Battletoads in some capacity. Most likely they will be playable characters, as the game has not shied away from offering up alternate skins for players to use. However, the cross-over hasn’t quite been fully explained as of yet. The tweet that announced the partnership simply states “The Battletoads drop in for a fight! Shovel Knight is headed to Xbox One and meets up with Rare’s brawling trio!”

The characters will certainly be exclusive to the Xbox One version of Shovel Knight considering they are owned by Rare, which is owned by Microsoft. Other platforms don’t yet have exclusive characters announced, though they seem to be possibilities for PlayStation, 3DS, Wii U, and PC some time in the future.

The big question now is whether or not this is simply a prelude to a full blown comeback for the Battletoads. With a strong cult following, the series is certainly due for a resurrection. Perhaps if fans react well to this announcement Microsoft will take notice.