Acclaimed Beat ’em Up Wulverblade Is Making Its Way to PS4, XBO, and PC

The latest news in the world of video games at Attack of the Fanboy
January 23rd, 2018 by Jose Belmonte 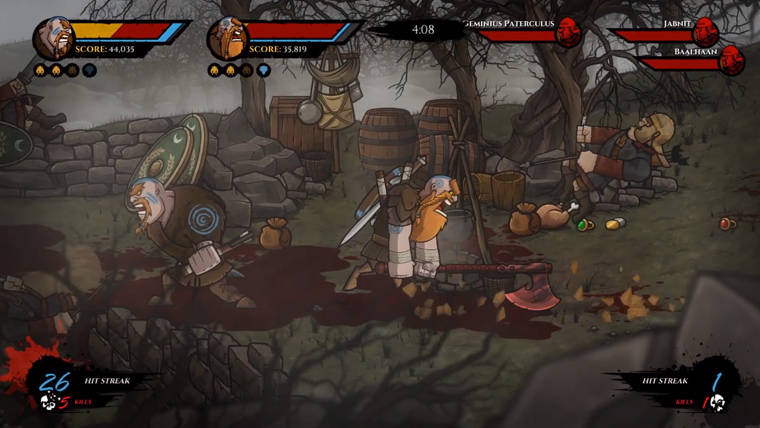 Fans of side-scrolling beat ’em ups have a good reason to celebrate today, as the acclaimed Wulverblade is finally releasing for PS4, Xbox One, and PC next week, bringing the thrill and violence of the conflict between the barbaric Britons with the Roman forces to those platforms after the game was released exclusively for Nintendo Switch last October. Developer Fully Illustrated has used this time to make these new versions the most technically advanced of the game, which now runs at 60FPS, and has improved online capabilities.

The story takes us to the land of Britannia, at a time when it’s suffering the invasion of the Roman Empire. Here’s the official synopsis: “It’s 120 A.D. – and the Roman army has seized control of the south of Britannia. Their goal: to march north and conquer the rest of the island with brutal and bloody efficiency. The 5,000-strong Ninth Legion is preparing for war – but little do they know what lies in wait for them. Caradoc, Brennus, and Guinevere – guardians of the northern tribes – have rallied the troops and are ready to wage a war against the Romans. The siblings bear a gift that even they are not aware of; soon, all will discover its true power.”

The game, which has been in development for six years, has been acclaimed by reviewers for its beautiful art style and its fun gameplay which allows for two friends to join forces in local multiplayer.

Wulverblade launches for PS4, Xbox One, and PC on January 31. Watch a new trailer below.