Behind the Scenes of Booker and Elizabeth in Bioshock:Infinite 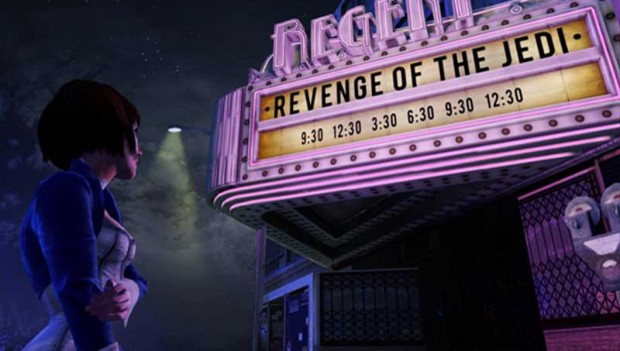 Booker and Elizabeth appear to be the two main protagonists in Bioshock: Infinite.  This evening, Irrational Games released a new video featuring the actors that voice the roles for the two characters in the upcoming shooter.  Bioshock Infinite is still a little ways off, but you can expect as we roll through the holiday season, we’ll be hearing more and more about this game that took E3 2011 by storm.

In the video, game director Ken Levine explains how the development team saw a big opportunity in Bioshock: Infinite to introduce these new characters to the world.

“In Bioshock 1, the biggest character in the world..was the world, the world of Rapture,” Levine said.  “I think in Infinite we’re continuing that tradition, there’s a lot of narrative told in the world,  and very much on the same scale as there was with Bioshock 1.  But we also saw an opportunity to bring the dynamic storytelling element to the characters. ”

Home / Game News / Behind the Scenes of Booker and Elizabeth in Bioshock:Infinite