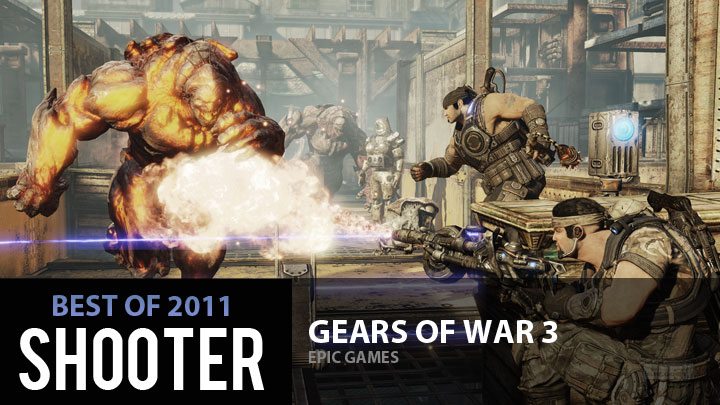 There were a lot of games that fell into the shooter category in 2011, the surging popularity of shooting things in the face and making them ‘splode the likely the culprit.  Out of all of the shooters we played in 2011,  no game delivered on all fronts like Epic Games’ Gears of War 3.  The remarkable campaign answered some questions that needed answering in the Gears of War universe, arcade mode keeps you coming back for more, and the Horde and Beast modes could have shipped as a full game by themselves.  When you throw into the mix that Gears of War still does cover shooting better than anyone else, and offers a plethora of competitive multiplayer offerings and beefy progression system for the day-in day-out Gears player, Gears of War 3 was the clear choice for our Editor’s Choice Shooter of the Year. 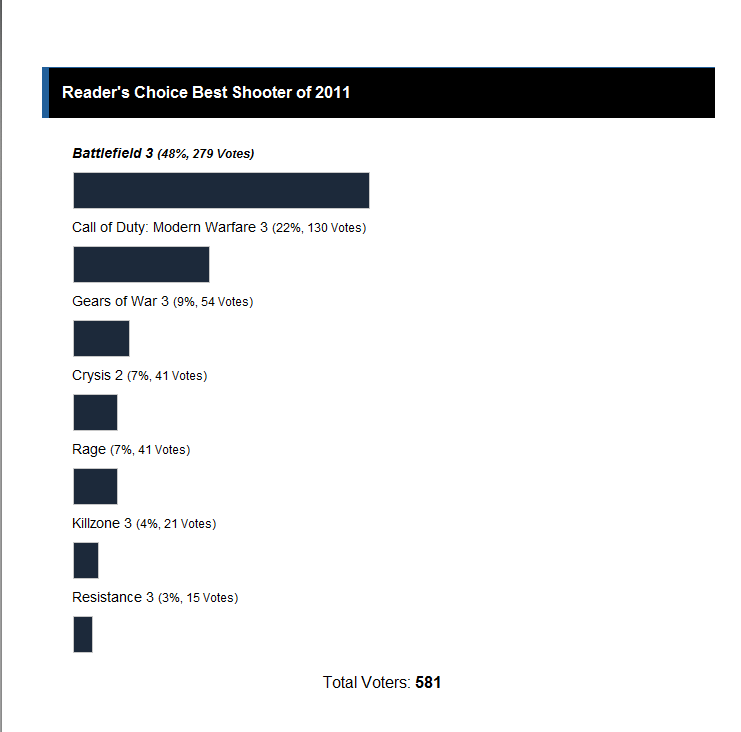