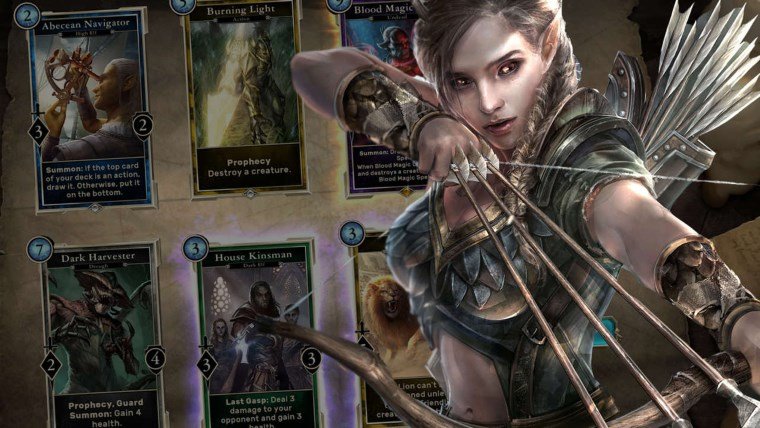 Bethesda has just announced a new partnership with Twitch where players and viewers can get free in-game items for The Elder Scrolls: Legends and other Bethesda games. Twitch Drops are a new feature where anyone who’s streaming their gameplay via Twitch, or just watching someone else play a Bethesda title, can receive random free item drops. This will begin with The Elder Scrolls: Legends and Bethesda’s E3 Showcase, but seems to be prepared to expand further in the future.

You’ll need to be sure that you have linked your Twitch account with your Bethesda.net profile in order to receive these special, free in-game items. The E3 Showcase will be your first chance to receive these drops, which will consist of card packs and in-game currency. Afterward the feature will roll out to all Twitch streams of Legends.

The feature won’t stop there, according to Bethesda. Expect to see Twitch Drops added for other Bethesda.net powered games in the future, including Fallout 4 and Skyrim. The aim is to build more energy inside the gaming community, with Bethesda putting a heavy focus on streamers and Let’s Play videos from fans.

“Drops are just the beginning of our partnership with Twitch, and we’re incredibly excited to offer this up to our fans who watch content on Twitch, as well as the streamers who play our games and entertain the millions viewing their content,” explained Bethesda. “Make sure to link your Twitch account with your Bethesda.net account today to take part in the opportunities starting this Sunday, June 11, and keep an eye on Bethesda.net for more information on our Twitch partnership as we support more titles and Twitch features.”