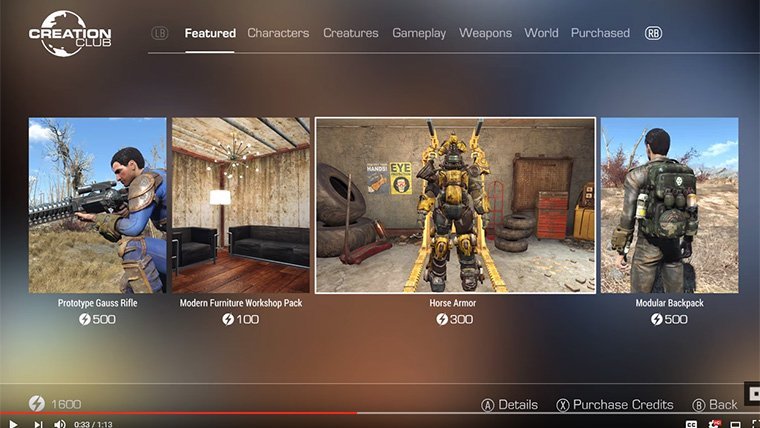 Bethesda is seemingly adding paid mods to Fallout 4 and Skyrim with the introduction of Creation Club.  Announced at their E3 Media showcase, the company revealed that Bethesda Game Studios would be working on new mods for games, alongside community content creators.

While they didn’t mention it specifically, a look at the creation club allows you to “purchase credits” we’re just going to go ahead and assume that means with real money.

Bethesda has introduced paid mods in the past before they were quickly reversed course.  How this will change the modding scene for two of these very popular games is yet to be seen.

The Creation Club is coming in Summer 2017.  Hopefully Bethesda sheds light on how these tools will work, how the credit system will work.

A trailer for Creation Club can be found below: