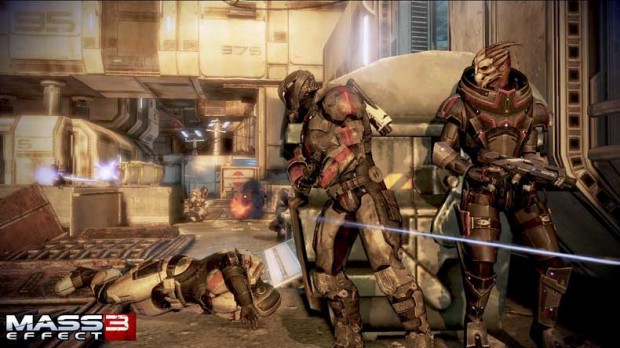 Bioware has released new intel about their mysterious multiplayer mode in Mass Effect 3.  The mode which will focused on cooperative gameplay definitely sounds like an interesting add-on to the Mass Effect world.  Plus since it has been revealed that the new mode will play into your Mass Effect storyline, it will be interesting to see how it all comes together next March.

The Galaxies at War mode won’t feature the protagonists from the main storyline, but will however focus on the many races that have been seen across the three games in the franchise.  With six races and six classes at launch to control, the mode revolves around the monitoring the galaxy for areas that are under seige, and defending them with your cooperative partners.

Here are a few screens that EA revealed coming out of the game’s recent showcase.