Black Ops 2 Might Take Place in the Near Future 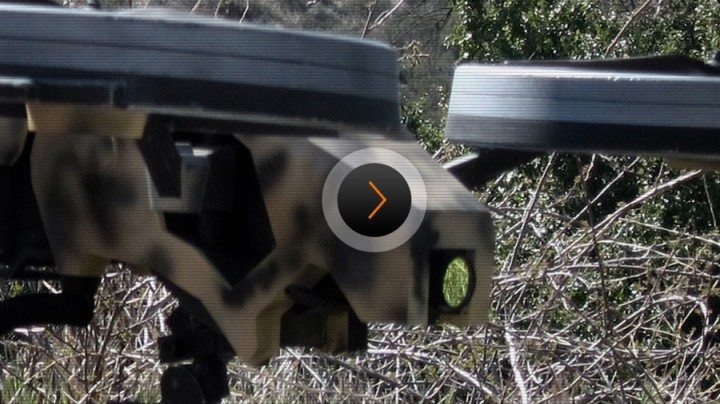 You may have noticed that Call of Duty’s main page has been invaded by a number of “classified documents” so-to-speak, many of them annotated with the date in which they will be unlocked leading all the way up to the official reveal on May 1st. As of the time this article was written, one document is set to unlock some time today, but what’s interesting is an image that already unlocked the other day (at the time being obscured by screen static) is now much clearer and links to this video as well:

This quite entertaining episode of FPS Russia showcases a military prototype drone that doesn’t even have an official name yet, but it does have an official 100 round machine gun mounted just under the camera. The tech is still in its earlier stages of development and won’t be out for at least another decade. What’s most interesting is how the host notes at the end of the episode that, “if you can’t wait another 15 years, my friends are telling me that this baby might just be in the next Call of Duty game, which would be the shit.”

The shit indeed. It seems Treyarch has taken a note out of Ghost Recon’s book and has gone all ‘Future Soldier’ on us. Even though I half expected the next Call of Duty to take place not too long after the last game (assuming it truly is a direct sequel to Black Ops), like during the 1980’s in the Regan era (plenty of Black Operations going on in that time period, only makes sense), but the not too distant future seemed like the next most likely direction to go in. Each of the Modern Warfare games took place a few years or so in the future when they were released, so obviously Treyarch would have had a hard time fitting a story in an era that’s been played like crazy over several years. The next logical step: go a decade or so in the future instead. Plenty of stuff to play with considering you don’t have the constraints of historical accuracy (on any level) to deal with.

We’ll be certain to find out next week when the official details drop and we actually get to see what is really going on for the future of Call of Duty. If it is called ‘Eclipse,’ I’m sure it’s a sign that the next game will definitely be about fighting werewolves and shiny vampires with futuristic helicopters. Called it! Come one, someone was going to say it eventually, right? No? Oh… *exit stage right*