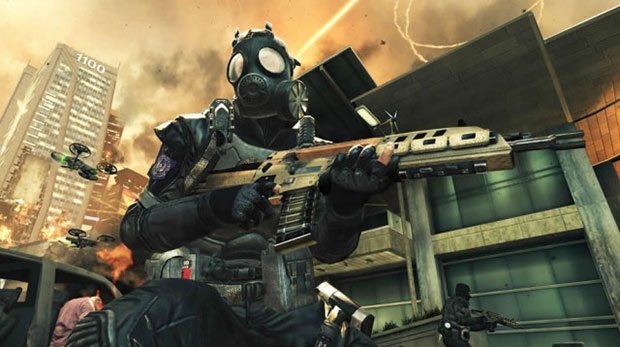 Treyarch has nearly pulled back the curtain entirely on the multiplayer component for Black Ops 2.  One of the big changes being made to the game is the level progression system.  David Vonderhaar, the Game Design Director  for the next Call of Duty, has posted a lengthy description of the new progression system on the Black Ops 2 forums.

The developer reveals that Call of Duty: Black Ops 2 contains 55 levels in it, with XP needed to prestige “similar” to that found in Call of Duty: World at War and the original Modern Warfare.  Vonderhaar claims that leveling in Black Ops 2 is easier, “because you earn more XP than ever before”.

Similar to previous games, the create-a-class feature opens at level 4 .  As you progress through the levels, you’ll earn one token for each time that you level up.  By the time you arrive at level four you’ll already have four tokens, as well as “about a dozen” items that can be equipped without spending any tokens at all.   Vonderhaar explains that there will be one item readily available from each category, with an additional dozen items that can be unlocked by using the tokens that you’ve accumulated.

At level five, Treyarch grants a perk.  Then at six, new equipment.  Finally at level seven, Score streaks are unlocked, where three are available for use and three others are unlockable.  At level 8, another perk is given.  At level 9, a new score streak.

Vonderhaar then says that the system “settles into a pattern” for the remaining 45 levels, where at every major rank change (3 levels) players recieve a new gun + a “bonus”.   The development team hasn’t officially settled on the exact unlocks for each stage at this point, as the Game Design Director says that the team will likely be looking to “make one more pass before we finalize the progression system”, so Treyarch is still looking for community input.  Any suggestions should be aimed at this Black Ops 2 forum post.