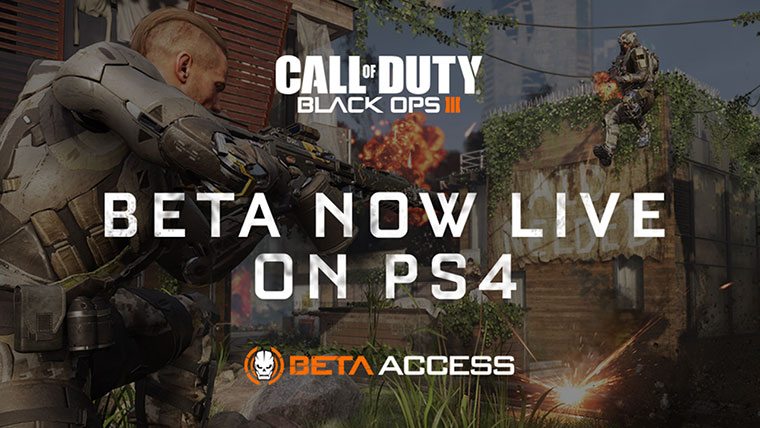 The Call of Duty: Black Ops 3 Beta is underway on the PlayStation 4 and Attack of the Fanboy has two fistful of codes to give out to our readers. First and foremost you should check out our impressions of the Beta. Kyle and William recently spent some time playing Treyarch’s latest shooter and you can find that here. After that, head over to Twitter and shoot us a tweet with both @FanboyAttack and #BO3Beta.

Be creative, be funny, or not, but make sure you use both items above. We’ll pick the winners shortly and you’ll get immediate access to the beta. These PSN Codes for the Black Ops 3 Beta are for North America only.

The Call of Duty: Black Ops 3 Beta is redeemed much like other PlayStation Store content. Just use the key we provide and then download the 12GB client. You may also be prompted to update. The beta includes a number of maps and modes, a roster of new specialist characters, and a bunch of new guns to try. This contest is only for the PlayStation 4 Beta of Black Ops III, if you’re waiting to play the game on Xbox or PC, you’ll be waiting until at least the 26th.