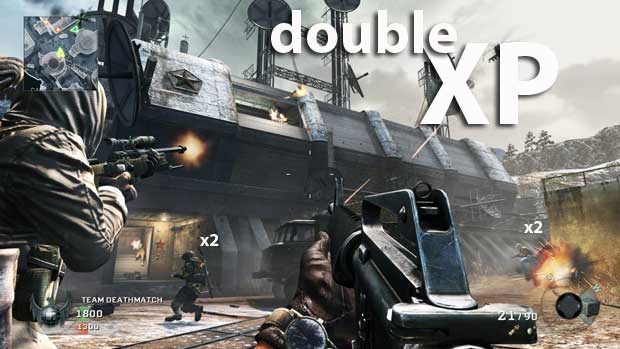 The Double XP Weekend to commemorate the launch of the Annihilation Map Pack for Black Ops has begun.  The extra long holiday edition of the double XP festivities will run from now until Tuesday July 5th.  The Double XP event has hit all platforms, so that means whether you are a Xbox 360, PS3, or PC gamer, you can get in on the fun during this extended holiday weekend.

For Xboxers the Annihilation Map Pack which launched earlier this week is a five map expansion to the game, which adds four multiplayer maps and one new zombies map to the game for 1200 MSP.  It’s currently available on the Xbox Live Marketplace and is an excellent addition to the game.