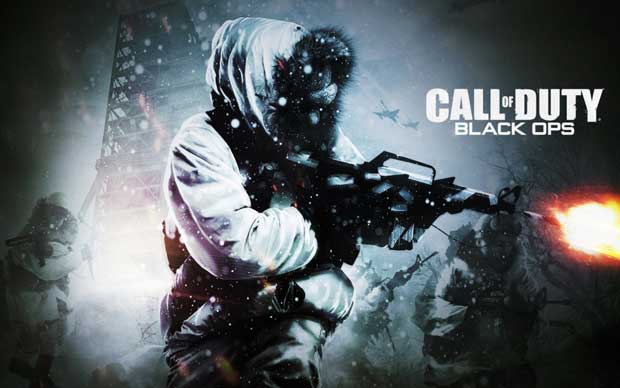 Sony Computer Entertainment America announced today that their will be a Call of Duty: Black Ops Limited Edition PlayStation 3 Bundle that will go on sale starting May 31st.  The bundle includes a 160 GB PS3 system, Call of Duty: Black Ops, and the first DLC pack for the game: “First Strike”.  The PS3 console bundle will run $299.99 when it starts selling on the last day of May.

“The choice to bundle Call of Duty: Black Ops and the First Strike Content Pack with the PlayStation 3 is perfect for anyone looking to bring home an incredible entertainment experience, that delivers endless hours of excitement through the games epic single player campaign, hugely popular multiplayer on PlayStation Network, or our fan favorite co-op Zombies mode,” said Mark Lamia, Studio Head of Treyarch. “And for those with 3D enabled televisions, the game’s Campaign, Multiplayer and Zombies experiences are seamlessly set up for stereoscopic 3D on the PS3 right out of the box.”

Call of Duty: Black Ops puts players behind enemy lines as an elite Black Ops soldier engaging in covert warfare, classified operations, and explosive conflicts around the globe. In the multiplayer mode, the competition gets taken to new heights with the fast-paced, action-packed combat elevated with new customization options, Killstreaks, Combat Training, Wager Matches and many other new features. With the First Strike Content Pack, players get four additional post-launch multiplayer maps, and an entirely new zombie experience, Ascension, that lets up to four friends use a multitude of weapons to fend off endless waves of blood-thirsty Zombies.