The latest news in the world of video games at Attack of the Fanboy
December 30th, 2012 by William Schwartz 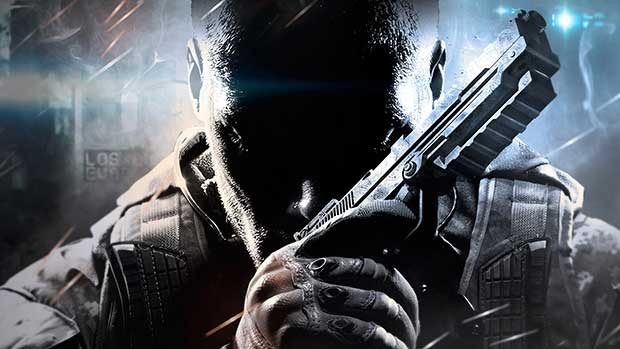 The first details for a downloadable map pack for Call of Duty: Black Ops II may have leaked ahead of schedule.  A retail poster lists the first map pack as Black Ops II: Revolution, and will feature four multiplayer maps, one zombies map, and a “bonus weapon” called the “Peacekeeper SMG”.

The poster also lists the map names as Hydro, Downhill, Grind, and Mirage on the multiplayer side of things.  The new zombies map will be called “Die Rise”, but details about the new content haven’t been released. 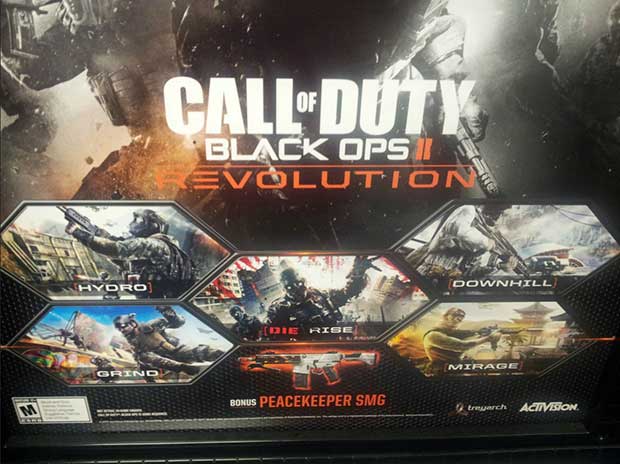 Being that the first content is due out in early 2013, we should be hearing something from Activision about the first map pack.  Judging previous games, we should see map explanations and video from Treyarch prior to release.  Activision has yet to reveal the pricing for the new maps, but Season Pass holders will get the content on Xbox 360 first, with PlayStation 3 and PC Call of Duty players getting their hands on it in a month following the initial release.