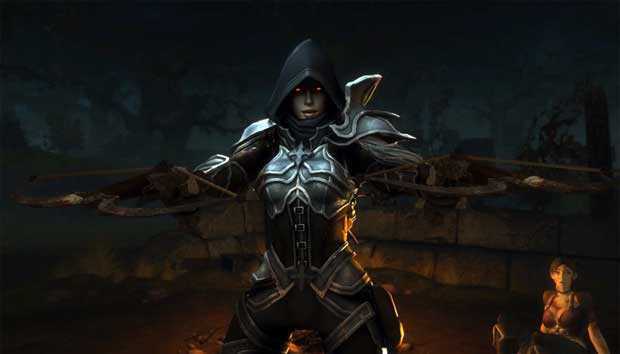 With all of the recent rumors surrounding Diablo III and the possibility of it coming to consoles, PC gamers had assumed that Diablo III was extremely close to launch.  Grabbing feedback from the beta, the Diablo team is getting set to change some of the systems in game that were hot points during the beta.

Jay Wilson of Blizzard explained on the development blog for Diablo III that there are numerous changes being made to the game.  Wilson asks for fans to be patient as the development team puts the finishing touches on Diablo III.  “We’ve been called out for messing around with the systems too much,” said Wilson.  “Our job isn’t just to put out a game, it’s to release the next Diablo game.  No one will remember if the game is late, only if it’s great.”

“We’re changing some of the systems we’ve gotten the most feedback on both internally and from the beta test, including crafting, items, core attributes, and inventory. We’ll go over those changes and the reasons for them. In addition we’re working on major changes to the skill and rune systems that we’re not ready to talk about, but I promise you we can’t possibly ship without a finished skill and rune system.”

For the full rundown of changes hit Wilson’s Post on Battle.net.

Diablo III was originally thought to be heading out early in 2012.  With a console version in tow, a question that is still unanswered.