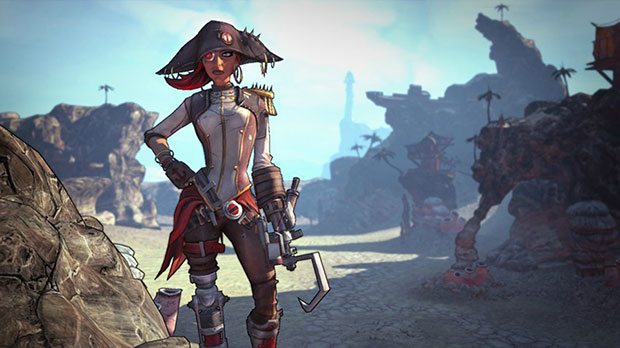 Gearbox has confirmed the suspicions that the first Borderlands 2 DLC would be the pirate themed “Captain Scarlett and her Pirate’s Booty” that was discovered by fans with references to the content in the game’s source code.

This story-based dlc will have vault hunters teaming up with the Scarlett for a brand new adventure in Pandora, and will introduce new a new sand skiff vehicle, which Randy Pitchford hinted at weeks back. The new content was announced to be arriving next week on October 16th.

The Captain Scarlett DLC for Borderlands 2 hit the Xbox 360, PlayStation 3, and PC at a $9.99 price point, that is unless you already picked up the Borderlands 2 Season Pass. If so, the first expansion pack will come available on the 16th as the first offering in that pass.