Bowser Jr. Amiibo Will Be Available In-Store Only As Toys R Us Exclusive 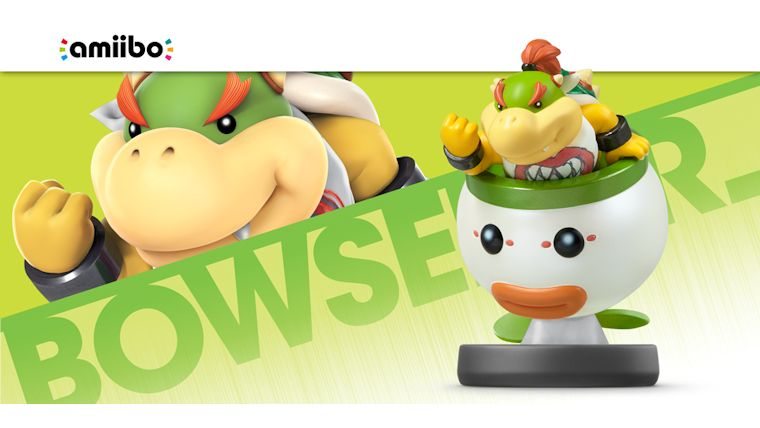 The rest of the Wave 5 amiibo are almost upon us, with a release only nine days away on September 11. On that day, we will be getting five more Super Smash Bros. line amiibo, along with the 30th Anniversary Classic Mario amiibo. Target put up all but one of them for pre-order just a few days ago, leaving the Toys R Us exclusive, Bowser Jr.

We’ve all pretty much known that Bowser Jr. would be the next retailer exclusive for Toys R Us, following up on their previous exclusives Lucario and Greninja. Moving from Pokemon to Mario, many have been looking for online pre-orders to pop up, just like with Target, but sadly that’s not going to happen.

The official Toys R Us Twitter account not only announced officially today that Bowser Jr. would be exclusive to their store, but also that he would be available in-store only.

This is both good and bad news in a way. The good news is that stock should be rather plentiful in stores on release day more than likely. Greninja was very well stocked to where most who wanted him on release day were able to get him, but there were also online orders in that case. If all stock is being allocated to stores, though I still assume some will go up online anyways on launch day, the numbers could be even higher for Bowser Jr. than Greninja.

The bad news is that anybody who does not have a store locally or just can’t get off work to go that day may be out of luck, unless they do put some online after like Best Buy did after touting Dark Pit as in-store only as well.

Reports should start to come out in the next week or so about actual numbers at various stores, so make sure to stay tuned for any details as soon as we hear them.

Home / Game News / Bowser Jr. Amiibo Will Be Available In-Store Only As Toys R Us Exclusive