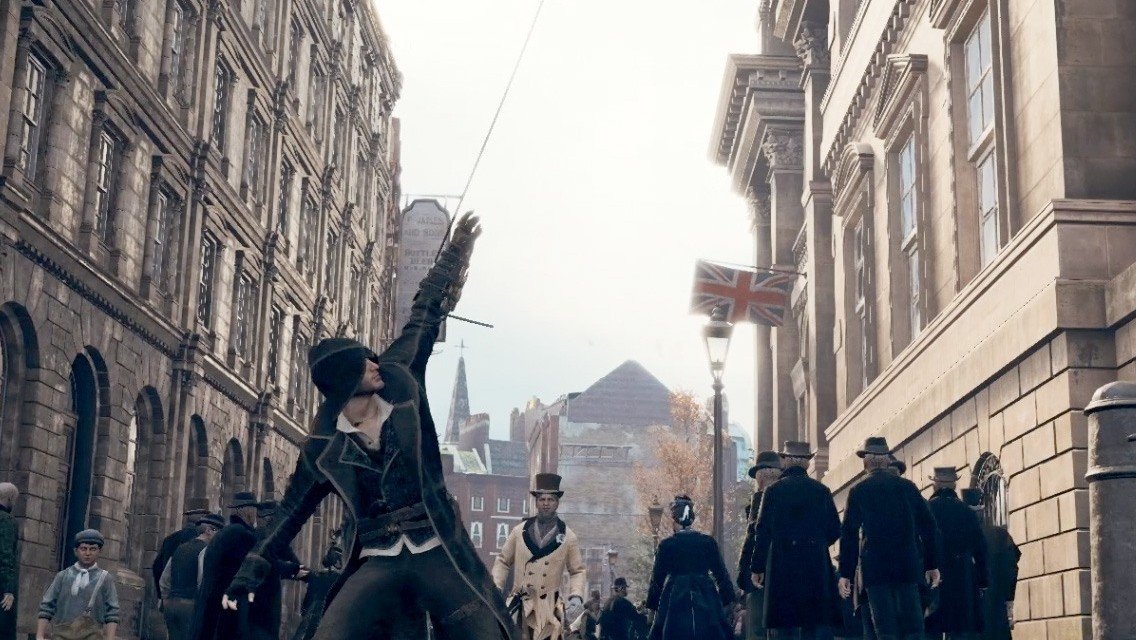 This month’s IGN First revealed that Assassin’s Creed: Syndicate will be featured, and they have released a brand new video of a mission walkthrough. Within the 4 minute video, we see protagonist Jacob Frye on on a mission to assassinate a man named Rupert Ferris. Highlighted are the new stealth mechanics and different ways for the player to approach the objective, including the new melee-based combat system.

Assassin’s Creed: Syndicate takes place in 1868 near the end of the Industrial Revolution, starring Jacob and Evie Frye as some of the last assassins of the Brotherhood. Taking place in Victorian London, the siblings must form new gangs to loosen the hold the Templar Order has over the city. Assassin’s Creed: Syndicate releases on October 23rd, 2015 on Xbox One, PS4, and PC. Famous figures such as Charles Dickens and Charles Darwin are said to appear in the game.

I did not get a chance to see the game at E3 2015, but I have heard positive things, which is good news seeing as Assassin’s creed: Unity was seen as a disappointment for many.