A surprise, to be sure, but a welcome one. 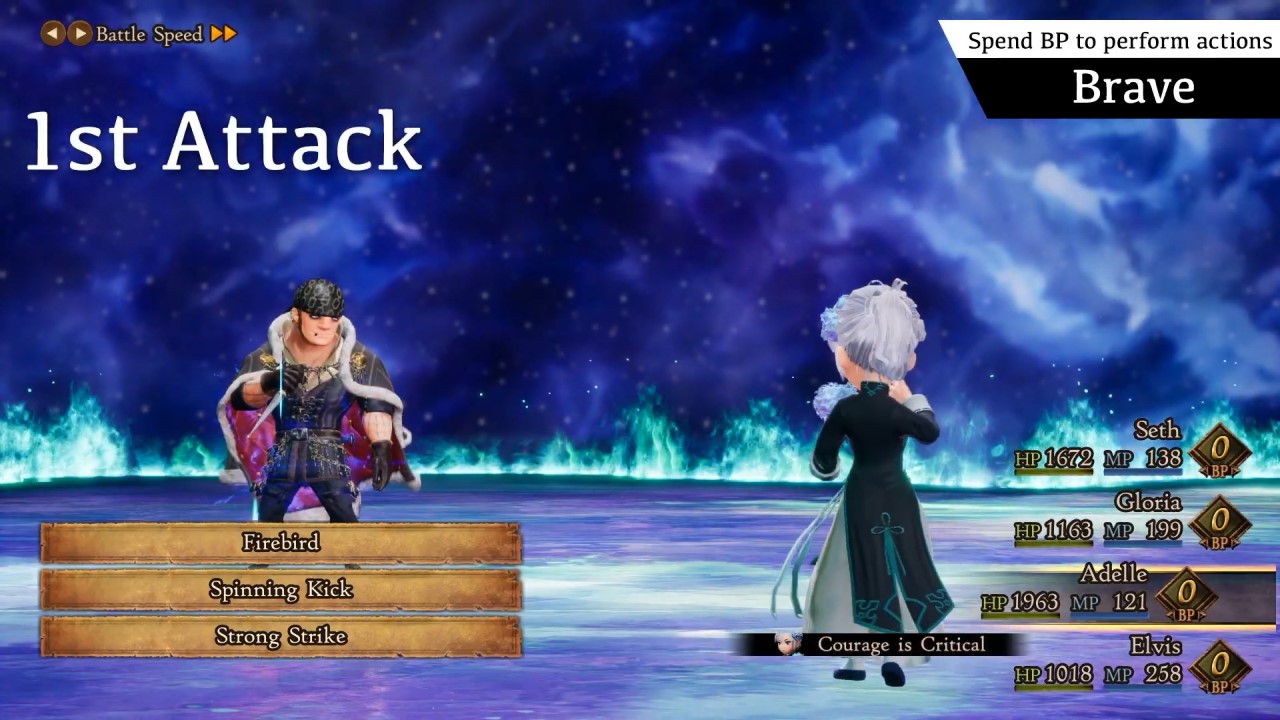 As a part of today’s surprise Nintendo Direct Mini a handful of surprise titles went live, and we learned more about Square-Enix’s Bravely Default II.

The demo is live right now, featuring the four new heroes Seth (a marooned sailor), Gloria (the princess of a fallen kingdom), Elvis (an explorer with a Scottish brogue), and Adelle (Elvis’ mercenary compatriot). Fans of the first game will recognize the combat system almost immediately, which revolves around banking turns (“Default”) to then use them in a single burst or two (“Brave,” and now you understand the odd title).

It’s the most Final Fantasy not-Final Fantasy around including a story about world-affecting crystals, a deep Job System, and “Heroes” of Light (instead of “Warriors” of Light: the game is considered a spiritual successor to Final Fantasy: The 4 Heroes of Light by its creators). JRPG nerds like myself who loved the classic Final Fantasy games will find much to love about Bravely Default II, and the demo is a fine way to sample the game. Square-Enix announced a survey will appear in the near future to gain feedback from the demo that will be used to shape the final release.

Additionally, a handful of games have launched, all of which are live right now in the eShop. The list includes Star Wars Jedi Knight: Jedi Academy, Capcom’s underwater exploration title Shinsekai: Into the Depths, and the timed Switch exclusive Panzer Dragoon Remake. All of these and the Bravely Default II demo can be downloaded now.