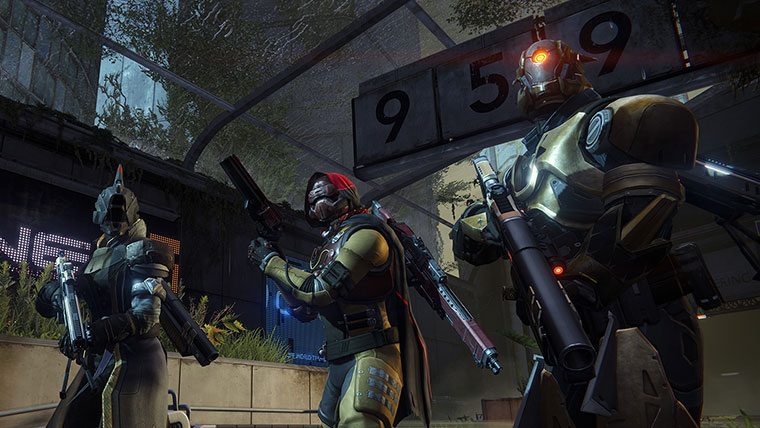 Bungie has overhauled their Destiny website with a ton of new details for fans. Those that have been paying attention to Destiny since it was announced, likely have a good idea of what the game is going to be. Destiny is a first person shooter that aims to blend storytelling, competitive and cooperative gameplay in a massive persistent online world — these are the broad strokes at least.

This latest update from Bungie includes new details about Destiny’s story, offering a better look at the big picture, details about three Guardians, and information and descriptions of four of the enemy classes in the game.

Destiny features locations and planets that we are familiar with; Earth and its moon, Venus and Mars were revealed in the introduction to Destiny’s lore. Which ties the arrival of the Traveler to the colonization of Mars and Venus — a “time of miracles – a great Golden Age.” Though the Traveler had an enemy. This enemy, described as “A powerful darkness”, nearly destroys Earth. Which forces its inhabitants to join together as Guardians.

The story of Destiny lies in a new era. An era where the Guardians are still fighting for the planet, of which “the only hope for our future lies in unlocking the greatest mysteries of our past.” Players will play as a Guardian, tasked to defend the last safe city on Earth, while also exploring the ancient ruins of the solar system for answers.

Three player controlled Guardians have been revealed. They include the Titan, Warlock, and Hunter. 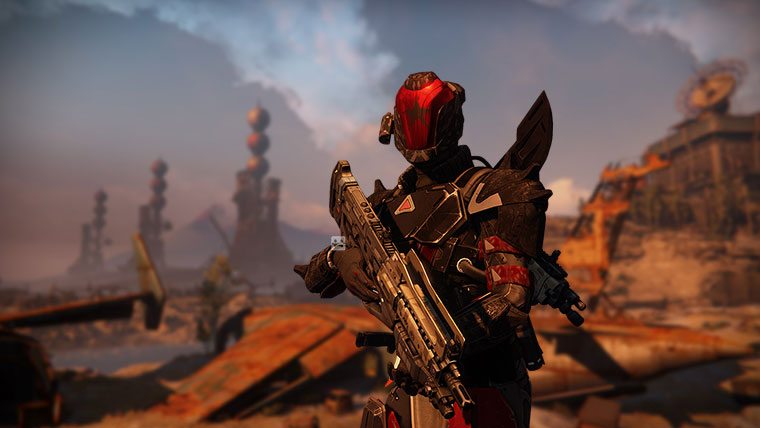 The first Titans built the Wall, and bravely gave their lives to defend it. Now, you stand in the same place, steadfast and sure. Our enemies are deadly and merciless, but so are you. You hail from a line of legendary heroes and your strength and skill will be needed to shatter their ranks. 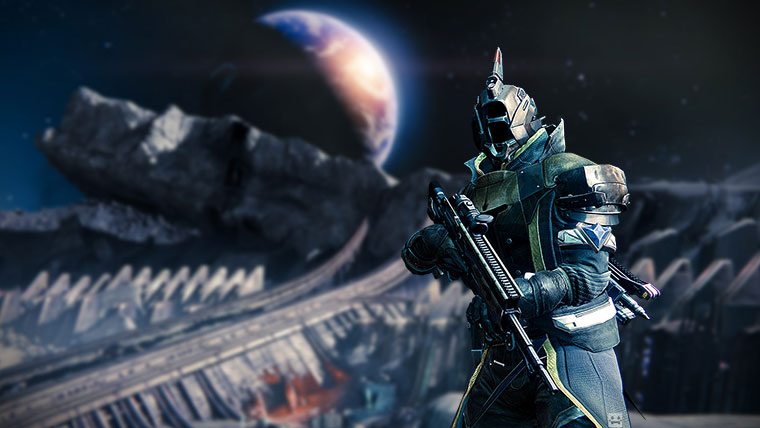 Warlocks have long studied the Traveler, mastering some of its arcane energies. Its true purpose still remains a great mystery, but discovering truth has always driven you into the unknown. Now, our enemies stand between you and your greatest discovery – the secrets of the Golden Age. 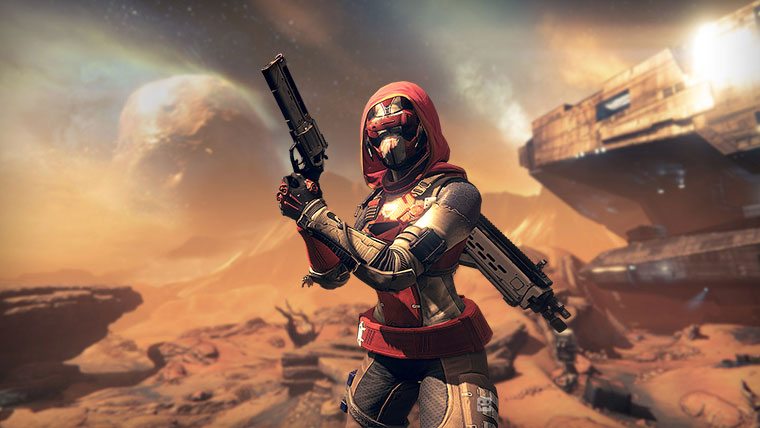 Hunters once prowled the wilderness and wastelands, taking big risks for even bigger rewards. Making your own luck has always meant bending the rules. But you are no outlaw, at least, not anymore, and your unique brand of daring and ingenuity will be needed now more than ever.

As for those you’ll be battling, Bungie has revealed four enemy types, with a little backstory for each. 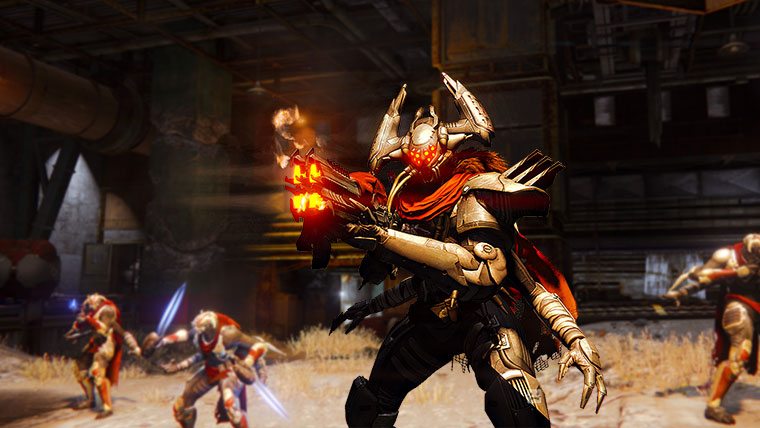 Fallen are hardy creatures who can survive in a wide range of environments without heavy armor or complex modifications to their physiology. They travel light, hit hard, and are gone before you know it. Fallen may look like mere scavengers, but on closer inspection you will see hints of a splendid, sophisticated past, and the proud markings of their ancestral “Houses.” 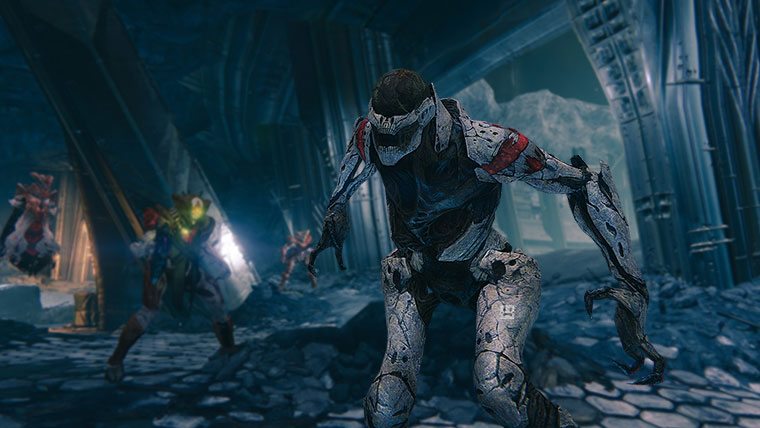 Hive manipulate the physical world in ways that we can only begin to imagine. The Hive have carved a kingdom deep into the lifeless core of the Moon, and it is there they remain, silent and buried among many dark and terrible secrets, a reminder of the tremendous power that brought forth the Collapse. 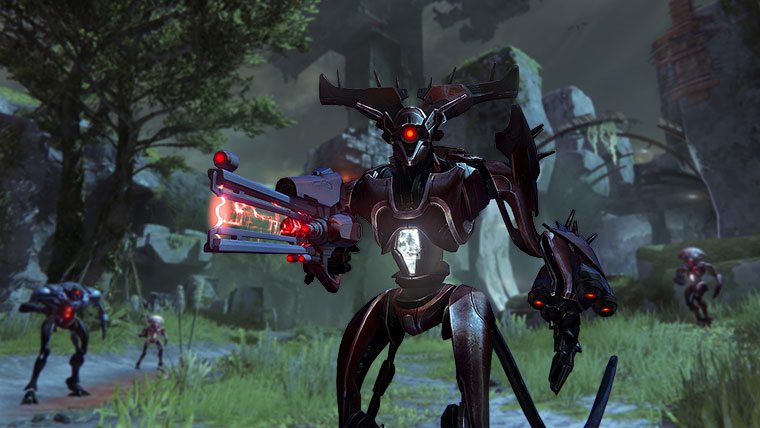 Scattered reports indicate that the Vex appear to be mass-produced machine units, constructed of an unknown metal alloy resembling hammered brass. All attempts to communicate with them have failed. They are hostile. They are unrelenting. They are deadly. 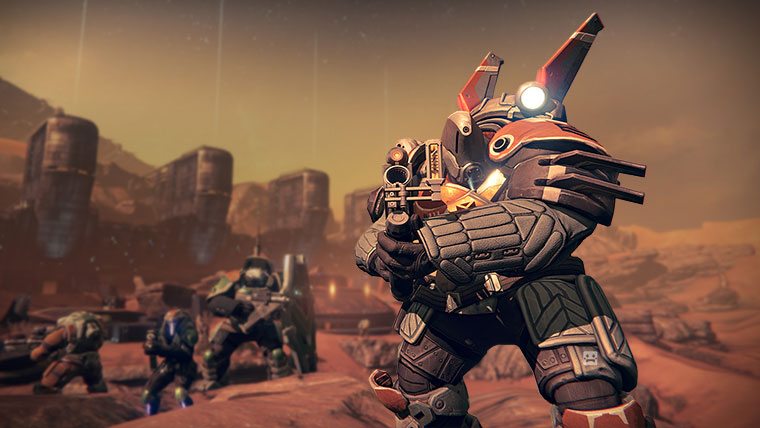 Few Guardians have faced Cabal and lived to tell the tale. They are a professional military operation. On every front we have found them on the march, they have already dug in and ringed their installations with razor wire. Now, it seems they’ve turned their eyes towards us.

Bungie recently announced that they would be pulling the curtain back on Destiny, and this is by far the largest information dump that we’ve gotten since the game was announced.  Edging closer and closer to release, Destiny is due out on September 9th for the PS4, Xbox One, PS3 and Xbox 360.