The latest news in the world of video games at Attack of the Fanboy
November 25th, 2017 by Emma Pak 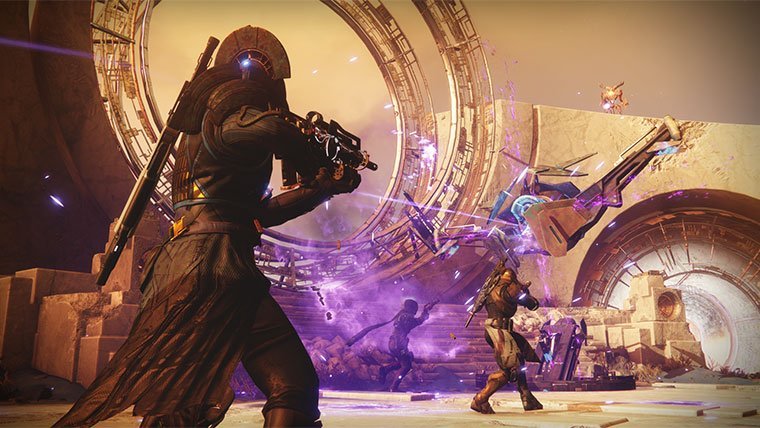 During the last week or so, Destiny 2 players were noticing some odd things going on with the XP system of the game.  Numerous players on Reddit began running tests on the game, noting how much XP they were earning by doing different activities and found that XP was scaling depending on the type of activities they were doing and how frequently.

Destiny 2 players were seeing XP scale up for longer activities, but when players were “grinding” or “power-leveling” their characters they saw drastically reduced XP gains after hitting level 20.  The system was not something that was communicated to players, but many are postulating that the system was put in place to push players to purchase the Silver microtransaction currency that would allow them to purchase Bright Engrams, things that are rewards for XP related goals.

Regardless, it sparked a discussion within the Destiny 2 community, ultimately bubbling up to Bungie themselves, who’ve responded with a removal of the system and a response to Destiny 2 players about the system moving forward:

“We’ve seen community discussion around XP gain in Destiny. After reviewing our data, we agree that the system is not performing the way we’d like it to. Today, we’d like to describe what’s going on under the hood, and talk about what you can expect going forward when it comes to earning XP in Destiny 2.

Currently, XP will scale up when playing longer or fixed duration activities like Crucible competitive multiplayer matches and the Leviathan Raid, and XP will scale down when playing activities that can be quickly, repeatedly chained, like grinding Public Events. We are not happy with the results, and we’ve heard the same from the community.

Effective immediately, we are deactivating this system.

As a result, players will see XP earn rates change for all activities across the board, but with all values being displayed consistently in the user interface. Over the course of the next week, we will be watching and reviewing XP game data to ensure that these changes meet our expectations, as well as yours. Any additional updates to this system will be communicated to you via our official channels.”

While the move is a good look for Bungie, it’s still a divisive topic within the Destiny 2 community. Some are happy that the research and time taken to discover this hidden level cap has resulted in change, while others are rightfully pissed off about their time spent playing the game with the system in place.