The latest news in the world of video games at Attack of the Fanboy
June 27th, 2014 by William Schwartz 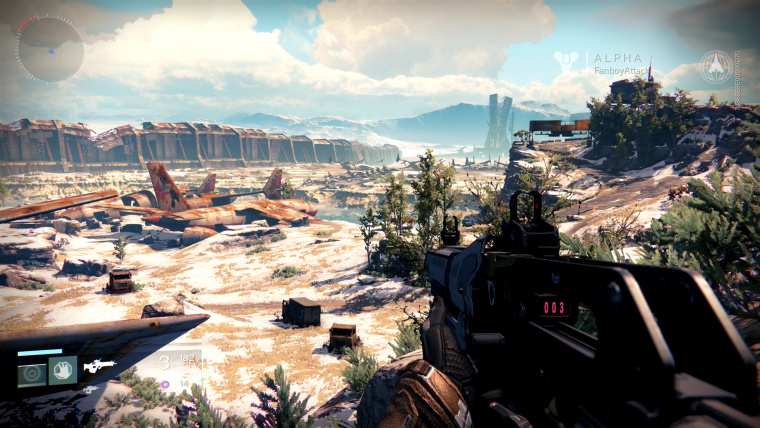 Destiny finally revealed itself this month as a shooter with many MMO elements.  A first look at the game in Alpha revealed that players will take on missions much like a traditional MMO — there will be interaction with other players in the game world, heavy character customization and loot to earn, a group outings called Strike Missions.

Though for an MMO Destiny will have a relatively low level-cap.  Progress will be capped at level 20, according to an interview with Tech Radar, but that won’t be the end of the fun.

“When you complete the campaign, you’re really just getting started,” says Osborne.   “Once they reach what they believe is the peak in the game, then we really just want to blow their minds with a whole bunch of crazy,” says the Community Head at Bungie.

This is one aspect of the game that’s going to be hard to relay to players until they finally sink their teeth into the final product.  While the recent Alpha test has gotten many excited about Destiny, one of the major concerns is just how expansive the full game will actually be.  Will there be a nice variety to the mission structure, or will the true hook be the loot.

It’s starting to sound like it may be both.

Destiny is slated to release in September on the PlayStation and Xbox platforms.