Call Of Duty 2 Frame-Rate Greatly Improved On Xbox One 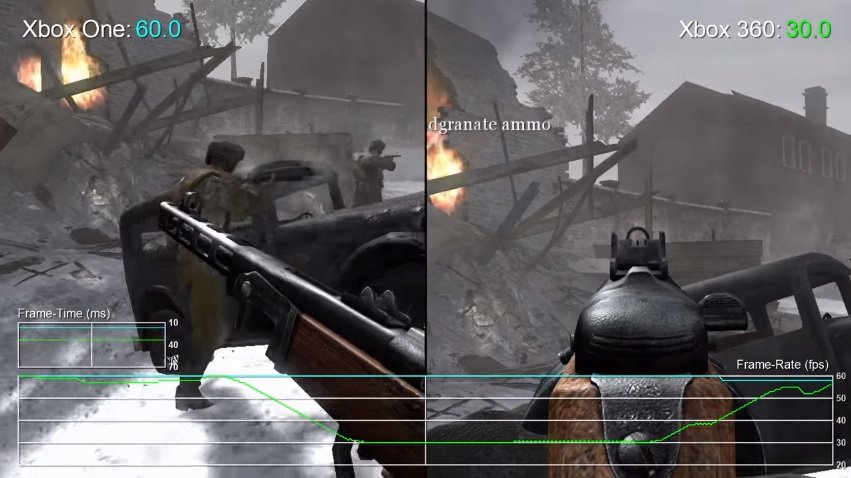 Digital Foundry once again did a test that compared Call of Duty 2 running on Xbox 360 compared it running on Xbox One, and the differences were definitely noticeable. The biggest difference is how much easier the game is able to maintain a solid 60fps on Xbox One compared to the Xbox 360 version. The Xbox 360 version regularly drops to 40fps during action-heavy moments, sometimes dropping as low as 30fps. This problem is greatly improved on the Xbox One version.