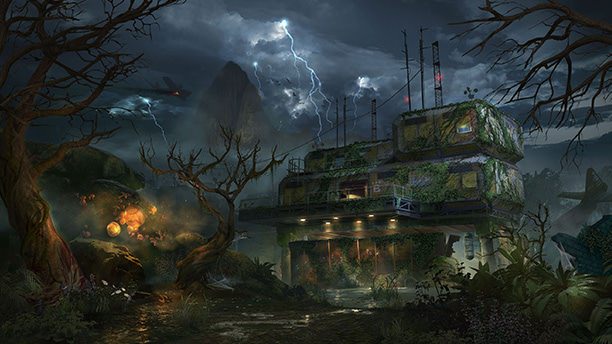 Activision and Treyarch may have inadvertently revealed a teaser image for an upcoming zombies map coming in DLC pack 2 for Call of Duty: Black Ops 3.

Charlie Intel spotted the teaser image while visiting the official Call of Duty: Black Ops 3 website over the weekend. The teaser image has since been deleted, but Charlie Intel managed to grab a screenshot from it. The source code for the image said  “dlc2-screen-zombies.”

Anyway, the image is our first look at what is to come in the next DLC pack for Call of Duty: Black Ops 3. We are sure to get some more specific details about the DLC in the very near future. For now, you can look at this image and see what is in store for you in the Zombies mode.

The DLC should be available on PS4 first before getting released on PC and Xbox One a month later. Sony now has timed exclusive rights to Call of Duty DLC.