Call of Duty to embrace e-sports with Black Ops 2 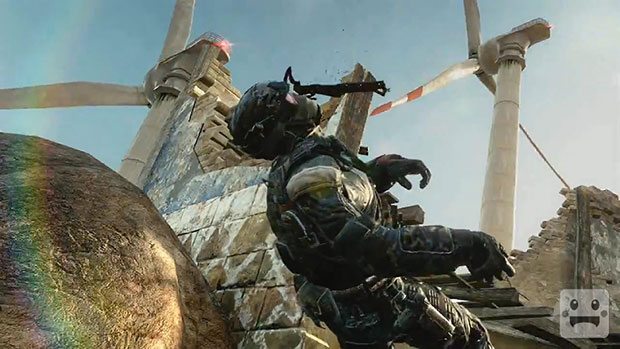 The multiplayer world premiere for Call of Duty: Black Ops 2 arrived yesterday. Among a wide variety of brand new features in multiplayer, one featured that was teased but not fully explained was Treyarch’s dedication to the eSports and community for both players and watchers.

Almost to tease, the final seconds of the recently unveiled Black Ops 2 trailer features a shoutcaster by the name of Mike Rufail (@hastr0). It’s really no surprise that the multiplayer trailer featured some e-sports action in it. David Vonderhaar, the game design direction for Black Ops 2 has been pretty vocal about the team’s commitment to this cross section of gamers and taking e-sports to the mainstream in a way that’s fun to watch.

Call of Duty games have given players the ability to spectate for some time, but you’ve had to be playing to be playing in the match in the past. Video editors have allowed players to save clips to an online vault and share them with friends, but this seems to be something more, something bigger than the franchises previous efforts. A full broadcasting/spectactor mode could be on the way for fans that like to watch high-end gameplay when the game releases this fall.

Exactly how Treyarch is going to implement e-sports features into their game is yet to be seen, but expect more in the coming months leading up to the release of Black Ops 2 on the PC, Xbox 360, and PlayStation 3.