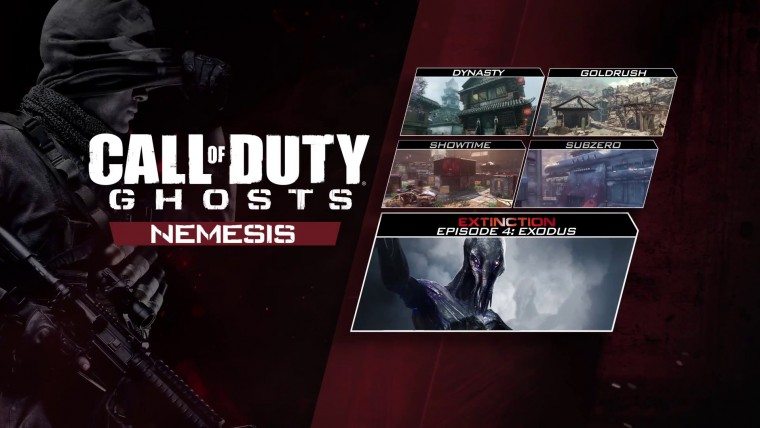 Call of Duty: Ghosts Nemesis is available now, first, exclusively on Xbox Live for Xbox One and Xbox 360, with other platforms to follow.

The new maps are as follows (taken from the press release) :

Here’s a small taste of gameplay footage from the map, Goldrush.

Pick up your rifle and head back into the field, soldier… and enjoy the fact that if you have an Xbox, you’re getting to do it all first.