Call of Duty: Ghosts will get its first batch of downloadable content for the Xbox 360 and Xbox One on January 28th.  After the Call of Duty: Ghosts mobile website updated to reveal the release date, we found a small glimpse at some of the content that will be included in the first map pack.

The first DLC will include new multiplayer maps, new weapons, and new episodic content for the Call of Duty: Ghosts Extinction mode.

As usual, the map pack will arrive first on the Xbox 360 and Xbox One, followed a month later on the PlayStation family of consoles and PC.

Update: An image of the DLC was recently spotted on Twitter. 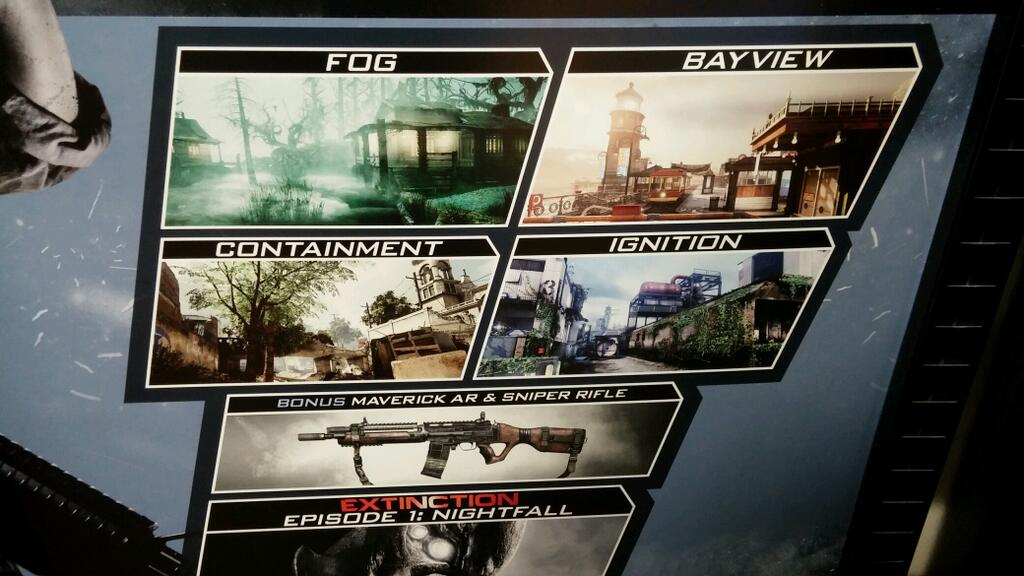