Call of Duty: Ghosts getting Search and Destroy in next update 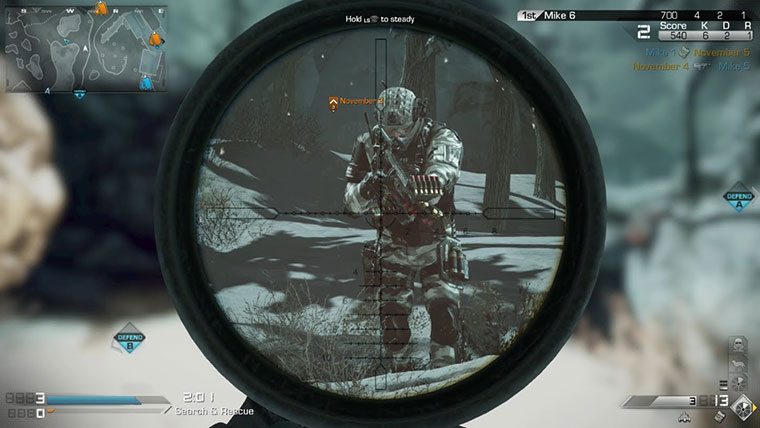 One of the popular game modes that was stripped from Call of Duty: Ghosts is Search and Destroy.  The popular objective based mode will be making its return, according to Infinity Ward’s Mark Rubin.  Rubin relayed the news to fans via Twitter.

“We’re still in launch mode at the studio as PS4 and XboxONE are still to come. But I did want to say that we are listening to all of the feedback and are collecting it all together to address internally,” said Rubin. “We’re working on fixes as fast as possible, (which can still take some time with the submission processes) so hang in there. We know one of the biggest requests has been adding S&D to the public playlists which is something we had planned on doing but have decided to up the timeframe, so we’ll be adding it to the playlist on Friday, Nov. 15th.”

So be patient Search and Destroy fans, your game mode is coming back soon.

Home / Game News / Call of Duty: Ghosts getting Search and Destroy in next update