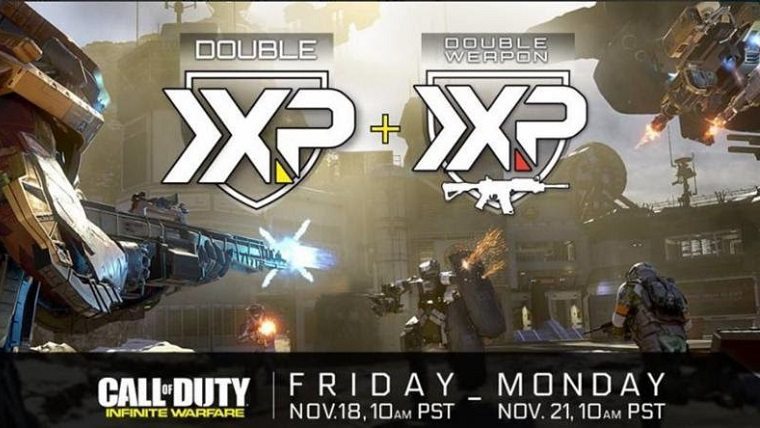 Those who own Call of Duty: Infinite Warfare and have some free time this weekend may want to consider hopping into the game, as it has just been revealed that the game is getting a double XP weekend. Playing the game’s multiplayer from now until 10 AM PT / 1 PM ET on Monday, November 21 will get you twice as many experience points, which is for regular XP and weapon XP.

Double XP weekends are a pretty common occurrence for the Call of Duty series, as it even got one last weekend that offered double XP for the Zombies in Spaceland mode. That mode has been considered by many as one of the highlights of the game, with more content planned to be released for it in the coming months.

The game recently received the 1.04 patch, which made changes to both the multiplayer and zombies modes. The patch size was 850MB on PlayStation 4 and 1.03GB on Xbox One. You can check out the complete patch notes by clicking right here.

Call of Duty: Infinite Warfare is available for PlayStation 4, Xbox One and PC.