Call of Duty: WW2 Headquarters is ‘the Biggest Innovation to Date in Multiplayer’ 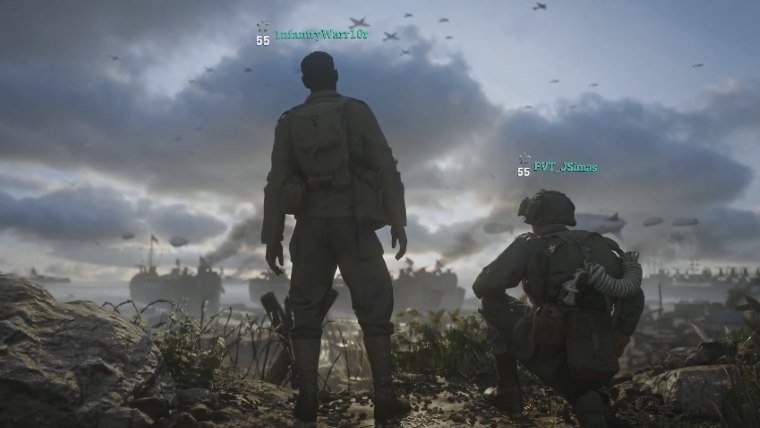 While most of our time during our pre-E3 meeting with Sledgehammer and Activision was focused on the single player campaign, we did talk about multiplayer. While breaking down the various options that Call of Duty: WW2 offers its players, Sledgehammer Games co-founder Michael Condrey made a point of emphasizing the importance of the new Headquarters feature.

“Headquarters. This is the biggest innovation to date in multiplayer,” said Condrey, likely referring specifically to the COD series. “It’s a first for the franchise. This is taking your Call of Duty experience and giving you a true avatar that you can take into a social world off the front lines. Outside of combat, this is where you’ll go to compete, earn rewards, show off, peacock, be social. You’ve never seen anything like this in Call of Duty. I think it’s gonna transform the experience.”  Some of the features confirmed are the ability to commend other players, challenge players to 1 vs 1 duels.  Groups can also team compete against each other on a firing range.

Unfortunately we didn’t get to see much more of Call of Duty: WW2’s Headquarters mode beyond what has been revealed already. The feature does offer something brand new to the series, and seems to reshape the experience in a lot of significant ways. Whether it ends up being the biggest innovation yet for the series’ multiplayer component, we’ll have to wait and see.

Call of Duty: WW2 arrives on PS4, Xbox One, and PC on November 3rd.

Home / Game News / Call of Duty: WW2 Headquarters is ‘the Biggest Innovation to Date in Multiplayer’