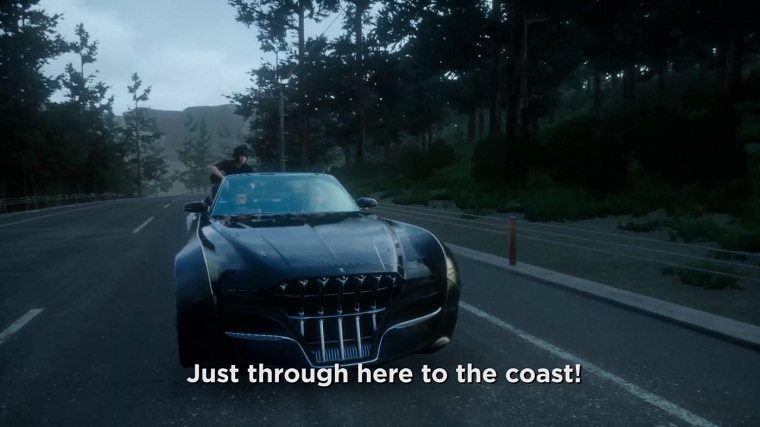 It appears driving a car will only be possible in the full version of Final Fantasy XV, as the demo won’t have that cool feature.

Final Fantasy XV director, Hajime Tabata, was recently interviewed by Polygon. In the interview, he gave a reason as to why gamers won’t be able to drive the car in the demo for Final Fantasy XV.

In case you are not in the know, Final Fantasy XV allows you to drive a car. Many trailers for the game have shown Noctis and company riding in the car already. Sadly, this experience won’t be included in the demo coming this March.

Tabata explained the reason for this is because they didn’t want people to think that Final Fantasy XV became “a driving game“. The team had originally planned to allow players to drive the car in the demo, but then thought otherwise.

They instead restructured the Final Fantasy XV demo so that it would be more about exploration and something “more familiar to long-time players of the series“. He did state however the demo will still have a large open-world for players to discover. He promises gamers that play the demo will instantly get a feeling they are playing a true Final Fantasy game.