The latest news in the world of video games at Attack of the Fanboy
August 31st, 2017 by Jose Belmonte 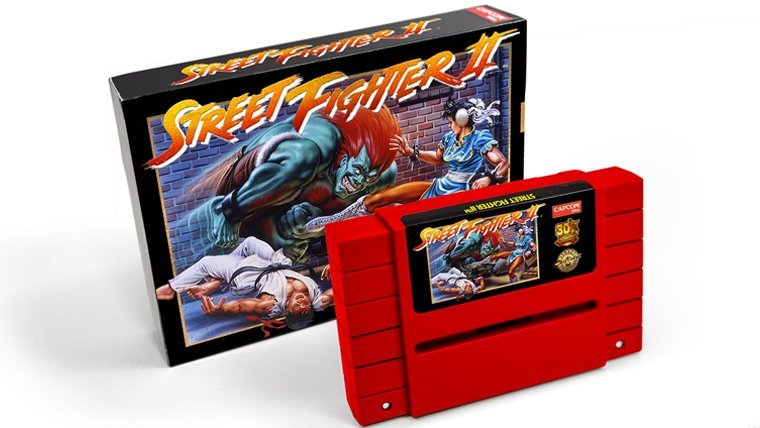 This year marks the 30th anniversary of probably the most legendary fighting series, Street Fighter, and Capcom is preparing lots of special events to celebrate the milestone. Today the company has announced a partnership with iam8bit to release a special re-issue of the original SNES cartridge of Street Figther II. However, if you want to get one of them you will have to be very quick, as this is going to be a very limited release of barely more than 5.500 units.

The special edition includes a tri-fold box featuring the gorgeous original cover and various artwork images, as well as a premium instruction booklet. It is worth saying that the cartridge is fully functional and compatible with an original SNES console from North America. While the cartridge is normally red, 1000 copies will feature a special semi-transparent design that glows in the dark, inspired in Blanka.

The Street Fighter II 30th Anniversary Edition cartridge ships on late november and can be purchased from iam8bit’s website for $100.