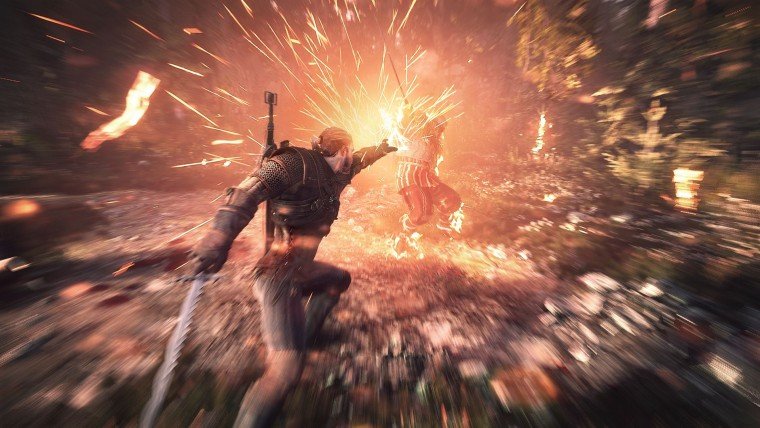 Fetch quests. What some consider the “necessary evil” of most RPGs, they are there to add content and pad the length of a game, usually serving as nothing more than a thinly veiled McGuffin in exchange for some reward. Speaking to PC Gamer, lead quest designer Mateusz Tomaszkiewicz acknowledged the issues of fetch quests and emphasized that CD Projekt Red was doing its best to make sure that fetch quests were at the bare minimum, used only when there is a purpose in the story.

According to Tomaszkiewicz, CD Projekt Red has more than tripled the amount of quest designers since creating The Witcher, going from 6 in the original to “about 14, I think.” That has allowed CD Projekt Red to flesh out the quests so they don’t seem like unimportant busywork meant to pad the length of the game. “When we do have [fetch quests], which is rarely, we compensate for it with the narrative,” writer Jakub Szamalek explains. “It’ll definitely be an interesting story in itself – you’ll be intrigued by the NPC’s motives, and where this is all leading. Even when you have a simple structure it’s something we’re compensating for in the story.”

Even then, CD Projekt Red is trying to limit fetch quests to a bare minimum because “we don’t think they’re interesting.”

As for the game world, CD Projekt Red has made no secret that The Witcher 3: Wild Hunt is going to be the culmination of all their hard work, a game they claim will be at least 36 times bigger than The Witcher 2. However, that does make designing content difficult, as Tomaskiewicz elaborated, “We have to plan how to cover this big open world with content, which is not easy, because as you know there are some problems with that in openworld games. We want to give worthwhile content to the players in the open world. We have to think about how to avoid repetitive quests, we have to think about how to fill this huge landscape with quests that you will notice and take part in, we have to make the main storyline easy to come back to if you delve into the sidequests, which might be difficult for some players.”

Szamalek echoed Tomaskiewicz, saying, “On the one hand it’s nice to have as many different paths and different possibilities as possible, but on the other you have to keep in mind that you have to implement it, think of consequences within the constraints of the budget. The bigger challenge is we think differently about how we tell stories and about the narrative, and I think we concentrate more on the experience and providing the player with something that’s unforgettable or exciting. The quest team has a slightly different perspective, because they’re the ones who eventually have to make things happen.”

This natural tug-of-war of ideas leads to frustration from both sides, as Tomaskiewicz explained. “It can be rough at times because we have to discuss those things over and over with them. It differs on specific cases – sometimes the input comes from them, so they give us very broad scenarios of what’s going to happen, and we’re supposed to add those details and design it in a way that will fit the game, that you can actually implement it. They’re writers. They don’t, at times, understand what you can and can’t do in a game, so we have to do that.”

However, both agree that the tug-of-war is beneficial to both parties at the end. “Working together, it works out for the best in the end.”