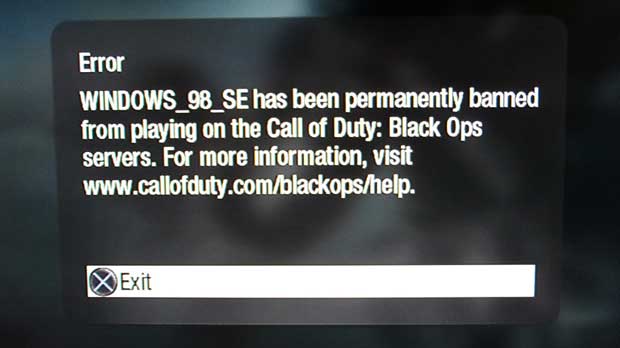 With the latest firmware update to hit the PS3, Sony fought back against the game ruining cheats and modifications being made to games on it’s platform.  The latest tool in Sony’s arsenal:  Permabans for all cheaters and modders in one of the console’s most popular games, Call of Duty: Black Ops.  Judging from the outcry of the alleged cheaters quite a few consoles were flagged for the permaban from the servers.

As always the case, the persons that have been banned are crying foul claiming that they didn’t do anything and the Offical Black Ops Forums are ripe with complaints of the recent drop of the ban hammer.  If there ever was a good time to troll someone, this is it!  Because apparently that’s what all the legit players are doing these days in the forums.