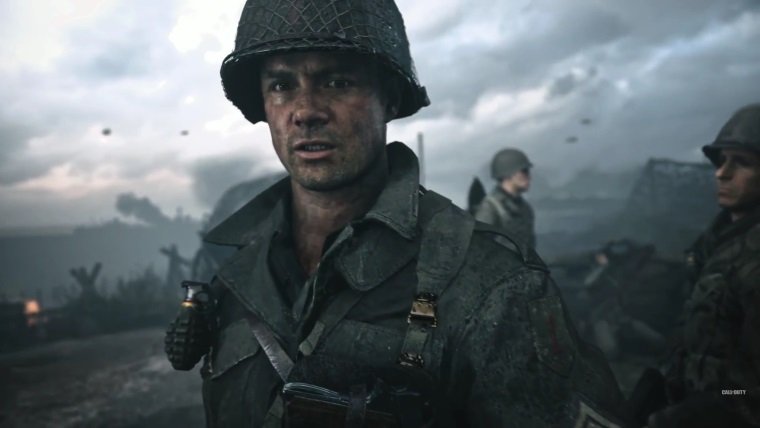 Since its initial unveiling months ago fans have been excited for every piece of new info released about Call of Duty: WW2. The game looks to take the series back to its roots in a lot of ways, deviating from the current trajectory that sent the franchise far into the future. Now we’re going back into the past, all the way back to WW2, where the COD series began. The story has largely been a mystery though, simply promising to follow a squad of soldiers throughout the European theater of war. Today saw the release of the Call of Duty: WW2 story trailer, offering the most comprehensive look yet.

“Call of Duty: WWII tells the story of Private Ronald “Red” Daniels, a young recruit in the U.S. First Infantry Division who experiences combat for the first time on D-Day, one of the largest amphibious assaults in history,” reads the description. “After surviving the beaches of Normandy, Red and his squad will fight their way across Europe, engaging the enemy in iconic battle locations such as the Hürtgen Forest and the Battle of the Bulge, as they make their way into Germany.”

While many have felt that Activision and Sledgehammer might avoid the more controversial elements of WW2, this trailer shows that that is likely not the case. Check it out for yourself and get ready for Call of Duty: WW2 to hit PS4, Xbox One, and PC on November 3rd.