And it's free, but only for a limited time 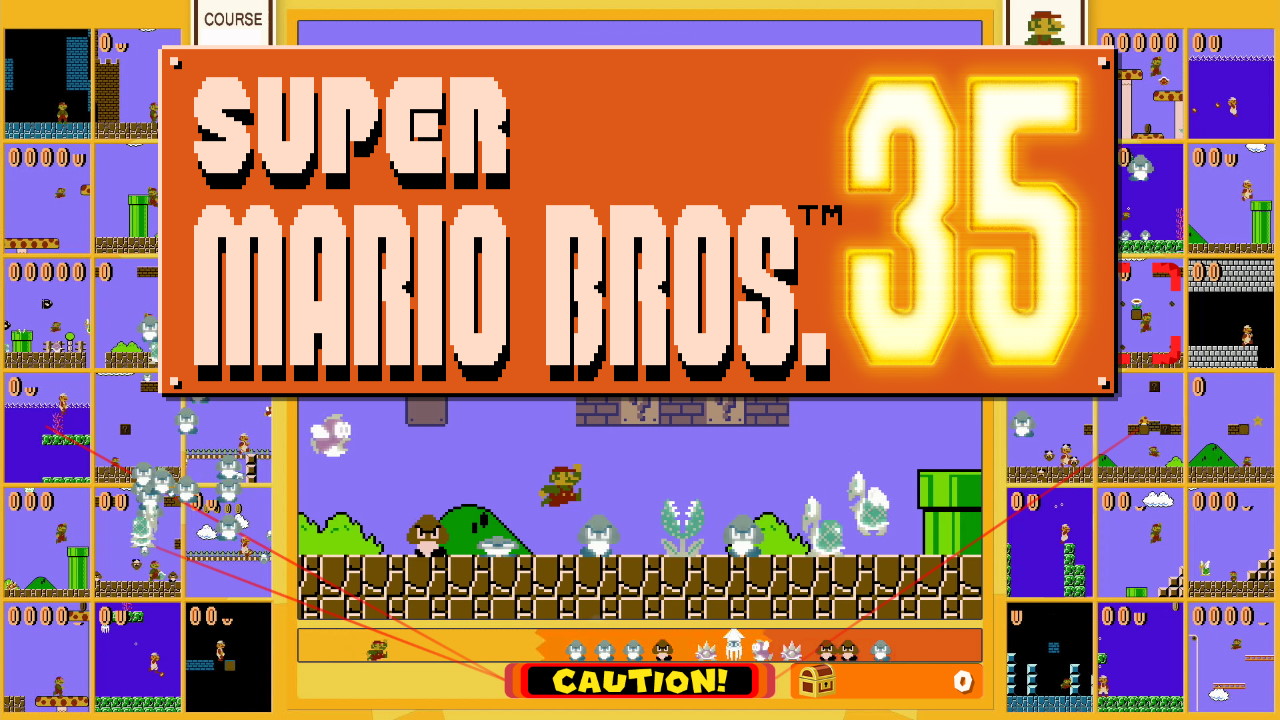 The Battle Royale genre may have swept the gaming world through shooters, but it has evolved in recent years to become a staple of multiple different series. Nintendo spearheaded this somewhat with the release of Tetris 99, which combined the classic puzzle game with Battle Royale in new and creative ways. And now they look to do the same with classic Mario in the form of Super Mario Bros. 35.

How does Battle Royale work with Mario? The trailer below explains a bit. Basically it plays very similar to Tetris 99. 35 players are matched up against each other as they play through classic Super Mario Bros. stages. Racing against each other would be tough enough, but you can also mess with your opponents in a few ways. Defeating enemies will send them to an opponent’s screen. Like Tetris 99, you can target individuals based on their performance, focusing on the player with the best time or most coins.

Super Mario Bros. 35 will be available for free to Nintendo Switch Online members starting October 1st. Strangely though it seems the game will only be available until March 31st. Will it become permanent at some point? Could you have to buy it to keep it in your inventory? Hopefully we find out more soon.