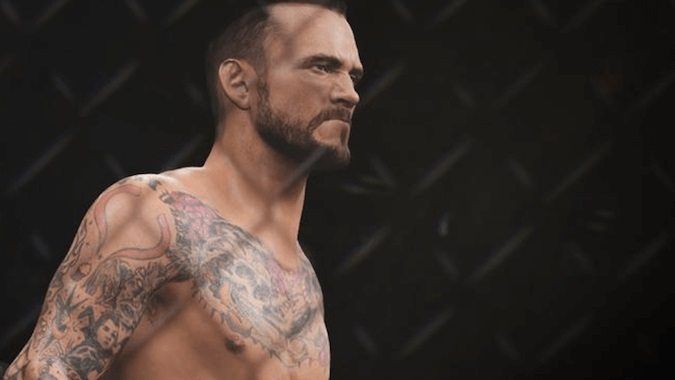 A lot of people were up in arms that CM Punk had a rating of 85 in EA Sports UFC 2. It has now been confirmed that on launch, he’ll have the lowest rating until we actually see his first fight.

The development team for EA Sports UFC 2 revealed a few new details about the game during a livestream that was held on Twitch earlier today. The game’s director, Brian Hayes, said something about CM Punk’s rating.

As aforementioned, a preview build for the game revealed that CM Punk’s rating in the game is 85. Many MMA fans thought it was way too high for a person that has yet to fight inside the octagon. Well it appears EA Sports has made a few adjustments.

Hayes confirmed that the former WWE Superstar will have the lowest rating on launch. He didn’t specify a number, but Punk’s rating will be updated when he actually fights in his first fight. He is expected to fight later this year sometime.

For those that managed to get a beta invite, the beta codes will be given out from 11 a.m. PT/2 p.m. ET on January 28th, 2016. Look out for your email addresses if you managed to qualify to play the EA Sports UFC 2 beta.