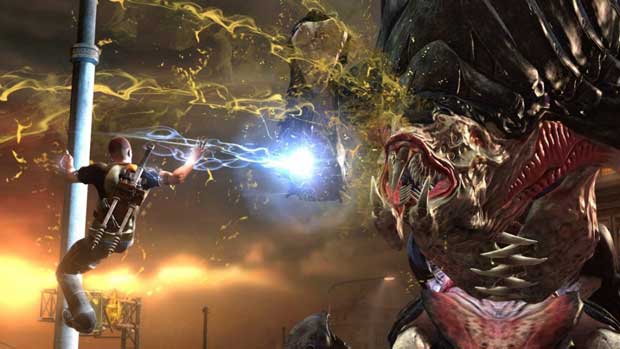 Sucker Punch has released a new pack of screenshots for inFamous 2.  In these new images we get a closer look at the Cole fighting the recently revealed Behemoth.  As shown, Cole will be utilizing his electricity and other newly aquired powers.

Infamous 2 is a single player, Open World game, exclusive to PlayStation 3. The second chapter in the best selling infamous franchise, this immersive adventure offers a powerful, emotional, and visceral take on being a superhero, and the choices that involves. Features include: a unique blend of electrical and melee combat abilities, epic boss battles, a new morality system allowing for two possible game endings, user generated missions and more.

InFamous 2 is set to release this June exclusively on the PlayStation 3.  Be on the lookout for the demo, which should be coming in the near future.