The latest news in the world of video games at Attack of the Fanboy
September 26th, 2016 by Anthony Decicco 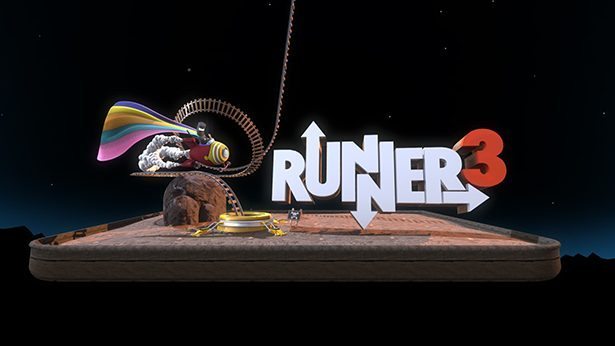 Fans of the Bit.Trip Runner series have something to celebrate today as the developers over at Choice Provisions (formerly Gaijin Games) has announced Bit.Trip Runner 3 and released a teaser video.

The series features CommanderVideo and various costumes as players will run across the screen dodging objects and obstacles to get to the end. The series has evolved over time and will likely see another evolution as its first entry on the current generation of consoles. Runner2 recently made it to PlayStation 4 earlier this year as a port. Choice Provisions have released a teaser trailer to prepare fans for the upcoming title which is set to release next year.

Fans can go on the official website and sign up to be notified via mailing list. The developers have also left a note to players that they want to be open with the development of Runner3 and hope to garner feedback via the fanbase. They have also created a devlog for fans to stay up to date. The following is an excerpt from the site regarding development of Bit.Trip Runner 3.

“We plan to be very open with you about the creation of Runner3, and we even plan to solicit feedback occasionally and offer user polls to give everyone a chance to chime in and help us think of things like level names, possible unlockable outfits, and more. Let’s work together to make Runner3 the best game it can be!”

Bit.Trip Runner 3 has no platforms set in stone yet, but one can expect it to release on consoles and PC. The tentative release is sometime in 2017.