The latest news in the world of video games at Attack of the Fanboy
February 12th, 2017 by Kevin Reyes 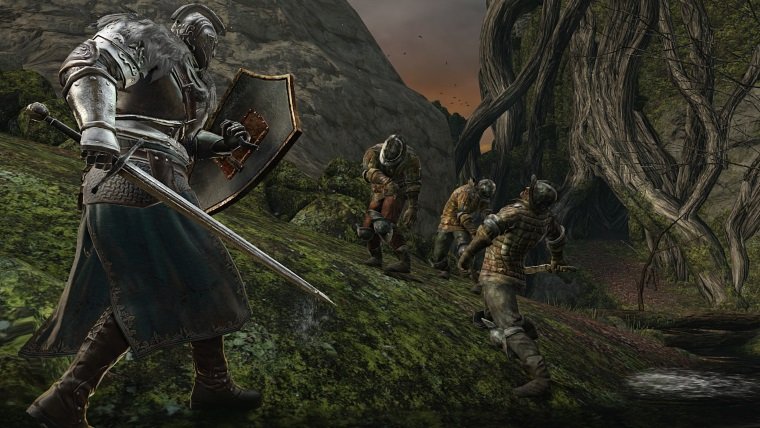 Despite its reputation as a difficult single player franchise, the Dark Souls series has always been driven by its community. Whether it be the cryptic messages left on the ground by players ahead of you, or the unintentional bloodstains left behind by those that were too careless, the Dark Souls community had their own unique way of communicating and helping each other out.

But time withers all things, and that includes games. Age and the release of more recent games often shrinks the community of the older titles making it more difficult for both new and returning players to come back to the game and expect the same experience people had when the game was at its peak.

But the Souls community isn’t going to let the older entries in their favorite franchise just fade away into the flames. As a way of preserving the life of these games, they often organize mass community events to briefly repopulate the servers. This time, in an attempt to bring life back into the Dark Souls 2 servers, prominent community member illusorywall is hosting a “Return to Drangleic” event.

There aren’t any special conditions or qualifications that you need to meet to participate in this event. Simply create a new character from February 25 onward to join in on the celebrations. Though if you really want to go the extra mile, illusorywall tweeted out a poster with some specific instructions if you want to specifically look for people knowingly participating in the event.

As previously mentioned, the Souls community often organize these events to reinvigorate the earlier games. Later this year in October will see the “Return to Lordran” event which is a yearly event celebrated by the Dark Souls subreddit to go back and play the original game. Going even farther back, the community even has a “Return to the Nexus” event to return where it all began — Demon’s Souls.

This is probably one of the best times to go back and play through the older Souls games as the franchise will soon reach its end with the release of the final DLC for Dark Souls 3 in March. What better way to celebrate an amazing franchise’s end than to go back and remember its roots.

From Software
We're Looking For Contributors