Could The Legend Of Zelda Wii U See The Return Of Masks? 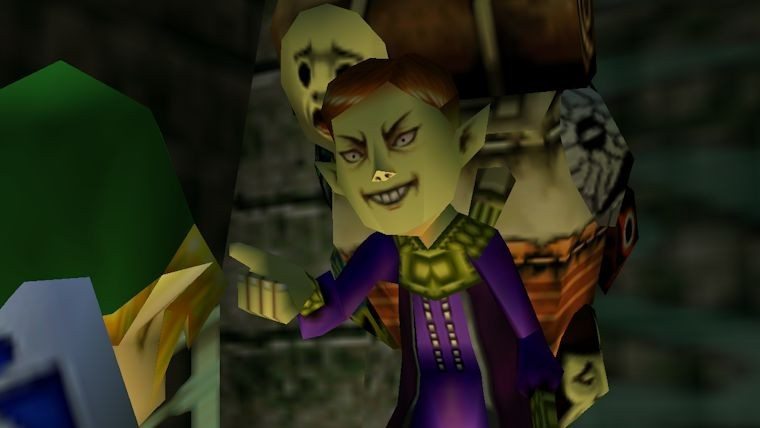 The Legend of Zelda Wii U is coming sometime later this year, but we still really haven’t learned too much about the game itself. Besides the reveal during the Nintendo Digital Event surrounding E3 and the footage during The Game Awards 2014, we know very little about the game. Nintendo has been known for their teases over the years and one new tease could hint at the inclusion of a very popular series of items in the game.

As part of the Miiverse “Developers Room Miiting,” a fake interview was held with the Happy Mask Salesman that first debuted in Ocarina of Time, but later became extremely popular from his time in Majora’s Mask. The interview itself was just mostly tongue and cheek, but a cryptic tease is what really stood out.

“My my… I’ve certainly been appearing all over the place this past few days! If this keeps going, maybe it wouldn’t be a stretch to expect me to pop up in a new Zelda game too…? Ho ho ho… I’ve got some new masks too, if you’d like to try them on… If I do make an appearance, I’m sure everyone will experience such happiness! Believe in your strength… believe… ho ho ho.”

More than likely, this is just them teasing due to the recent success of Majora’s Mask 3D, but is it possible we could see the Happy Mask Salesman show up in The Legend of Zelda Wii U or maybe the next handheld Zelda title?

The incredible sales success of Majora’s Mask would not be impacting The Legend of Zelda Wii U at this point of its development, but is it possible the development team could have just loved the character as well? We’ll just have to wait and see when the game arrives later this year for Wii U.

Home / Game News / Could The Legend Of Zelda Wii U See The Return Of Masks?