The latest news in the world of video games at Attack of the Fanboy
August 16th, 2014 by Danny Vittore 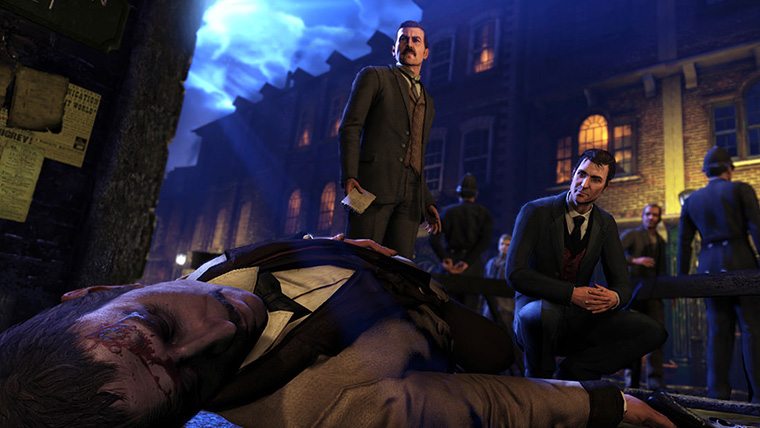 First off, if you haven’t seen the gameplay trailer and you want to watch it, it’s at the bottom of this article so you can go and give it a look. Don’t have 24 minutes to spare watching a video? Well, depending on how quickly you can read words on a screen, you can read our summary and analysis of what we see in the trailer to save yourself time!

We’ll start off with quite literally what we see on the screen. Crimes and Punishments is a pretty game, there is no questioning that. It might not have the pristine and clean looks of big AAA blockbuster games like the Uncharteds or Assassin’s Creeds, but this is still pre-release footage and with a planned release date of September 30th of this year there is still time to add another coat of polish and iron out the odd blemish.

When it comes to gameplay, there seems to be quite a lot going on. From designed set pieces where you play Watson dodging cover to cover as Holmes “shoots at vases” blindfolded, to free roam crime scenes and interacting with the environment, freedom of movement is going to be a major part of how you solve cases as Sherlock Holmes.

There’s an interesting homage to the Sherlock serie’s point and click roots when profiling characters as shown when Sherlock “profiles” Mrs Carey by observing objects of note on her person or around her that are listed on an imaginary blurred checklist floating in the air. Very quickly, the game then reminds us that this is definitely a modern game by presenting us with a quick time event. 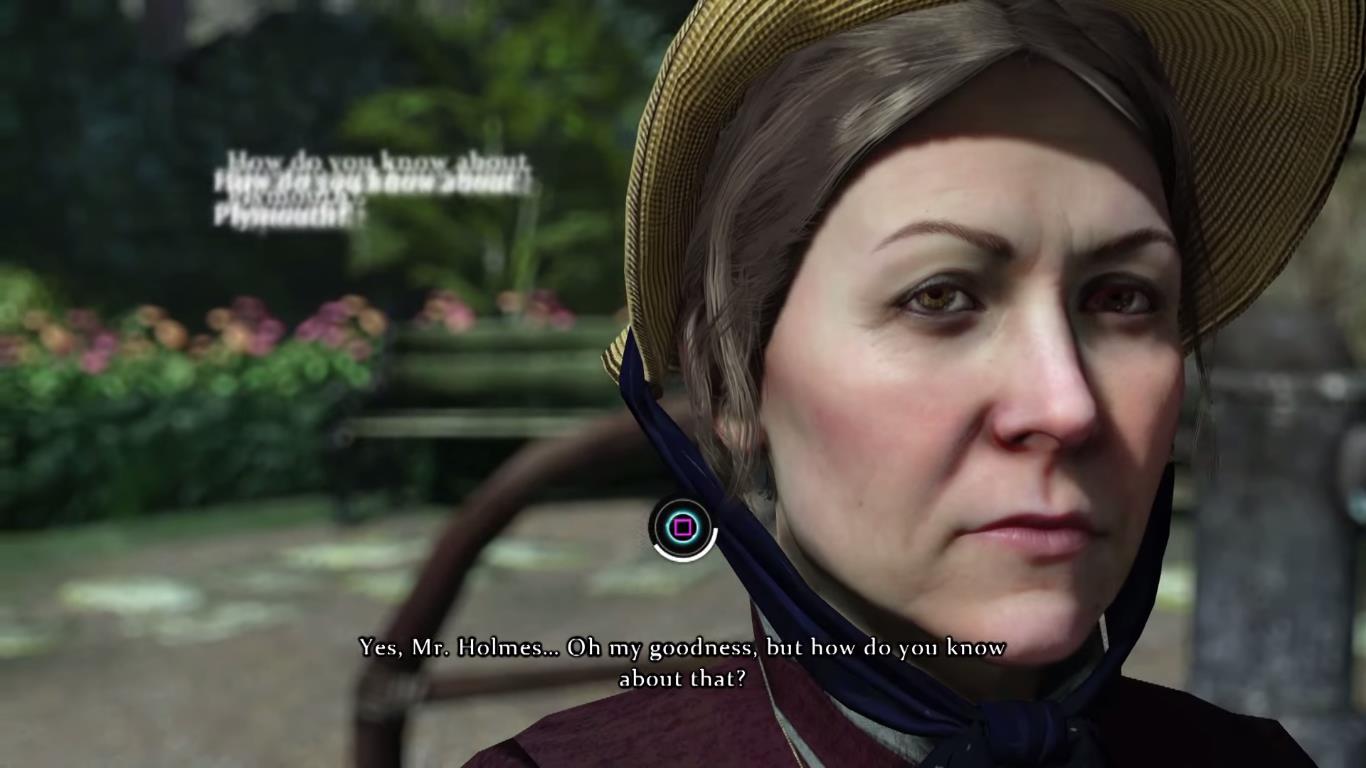 I have to say, as a person with average reaction time and not the best hand-eye coordination, I’m usually not a big fan of quick time events, but the QTE that Crimes and Punishments presents us is one where you have to answer a question to the best of your logical and analytical ability as Sherlock Holmes, as opposed to just mashing a predestined string of buttons and thumbsticks. It gives you choice as well as a need to think. Obviously for the purpose of the trailer, the presenter appears to pick an answer that is satisfactory, but I wonder what would happen if you just flat out don’t answer. Does Sherlock just cross his eyes and go “FLPRTPRTRP” like an oaf?

The presenter makes it very clear that he is purposefully ignoring and avoiding a lot of potential evidence so as to not spoil and ruin too much of the case, but it’s very clear that there is a lot of room for things to not be discovered by the player, as the pointer that the player controls does not seem to immediately light up on everything that is clearly evidence and can take some time to do so as Sherlock “thinks” about the implications, of say, a clearly less dusty rectangular spot on a shelf.

As you gather significant evidence and events, you can start piecing them together and creating new events which you must investigate such as ambushing a potential suspect or checking on Holmes’ significant archive of newspapers for information. A lot of this seems to be accessible as you piece together ideas in Holmes’ head. 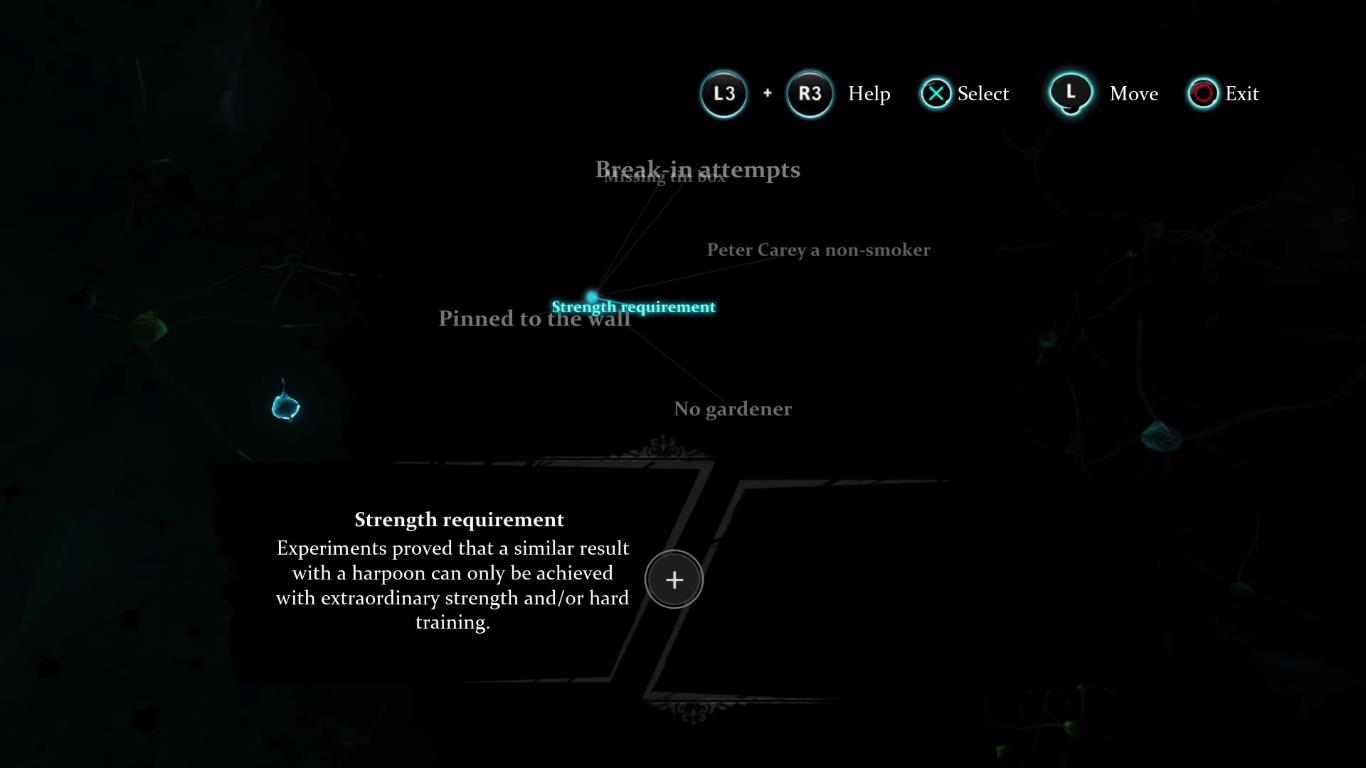 Similar to the system L.A. Noire used for interrogation, characters may have tells on their faces if they lie to you. Or they may be excellent liars. In theory, this is a pretty cool idea, but the facial expressions do appear slightly jarring at times in the trailer, but perhaps come release, it should be all ready to go. Whether you trust your own ability to read people’s faces (or not) can seem to play a very big part in how your case develops.

Eventually as you collect enough evidence and decide the value of such evidence, it all starts to lead to a conclusion. One interesting thing that is revealed in the trailer is giving you the choice to decide whether your top suspect is guilty or absolve them as a moral choice (perhaps they did it out of self defense?). It’s still not quite clear how moral choices may affect the game, but we have been covering this game for a while and unless Frogwares has made a change in plan with Crimes and Punishments, your actions in previous cases are supposed to influence your future cases.

That about wraps up about all the major gameplay elements that the presenter showed us. All in all, I do worry about the replay value of Crimes and Punishments, but, at least during the first play through, it certainly is shaping up to be quite an entertaining game.

Crimes and Punishments is planned for release on September 30th for PC, Playstation 4, Xbox One, Xbox 360 and Playstation 3.

Are you looking forward to Crimes and Punishments Sherlock Holmes? Are you more or less turned off by the gameplay? We want to know what you think! Leave your comments below!