The latest news in the world of video games at Attack of the Fanboy
August 29th, 2014 by Danny Vittore 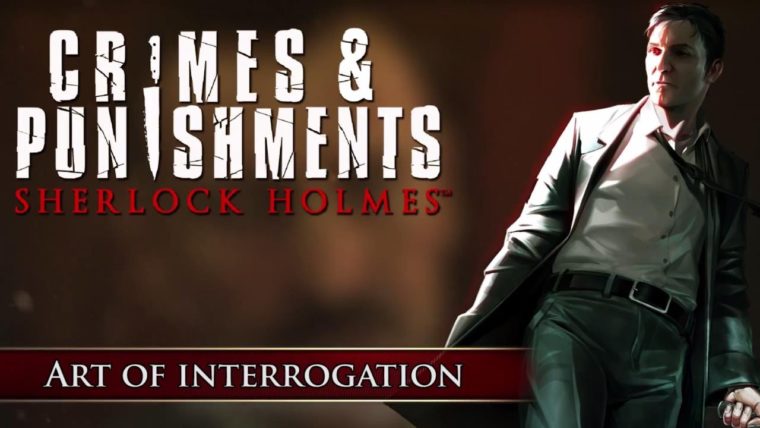 We’ve recently done a pretty thorough analysis of the general gameplay elements that we could see in the upcoming Frogwares game Crimes and Punishments: Sherlock Holmes. The publisher, Focus Home Interactive, has just released a new gameplay trailer dealing specifically with interrogation. We’ve touched upon this specific mechanic before, but now we get another look at it in this relatively short trailer.

First things you’ll notice are that the visuals are definitely a lot more polished and cleaned up then they were about a month ago. We see three main elements at work in regards to gameplay: 1. Analyzing the suspect, 2. Asking questions and 3. Rebutting lies. With the analysis of the suspect, certain things about the appearance of the suspect have to be pinpointed which will tell Sherlock more about the suspect (a lot like the process that you would see in the Sherlock BBC TV series). For example, a crest on the man’s jacket tells us that he is connected to the city of Manchester (and probably has relatives there, which is made relevant later on in the trailer). The mechanics are more of what we’ve seen before and it looks to be an interesting way to do it. Perhaps there are difficulty levels where you don’t even get a blurred out list of possible things to pinpoint or the target doesn’t light up on things of interest? That would be interesting. 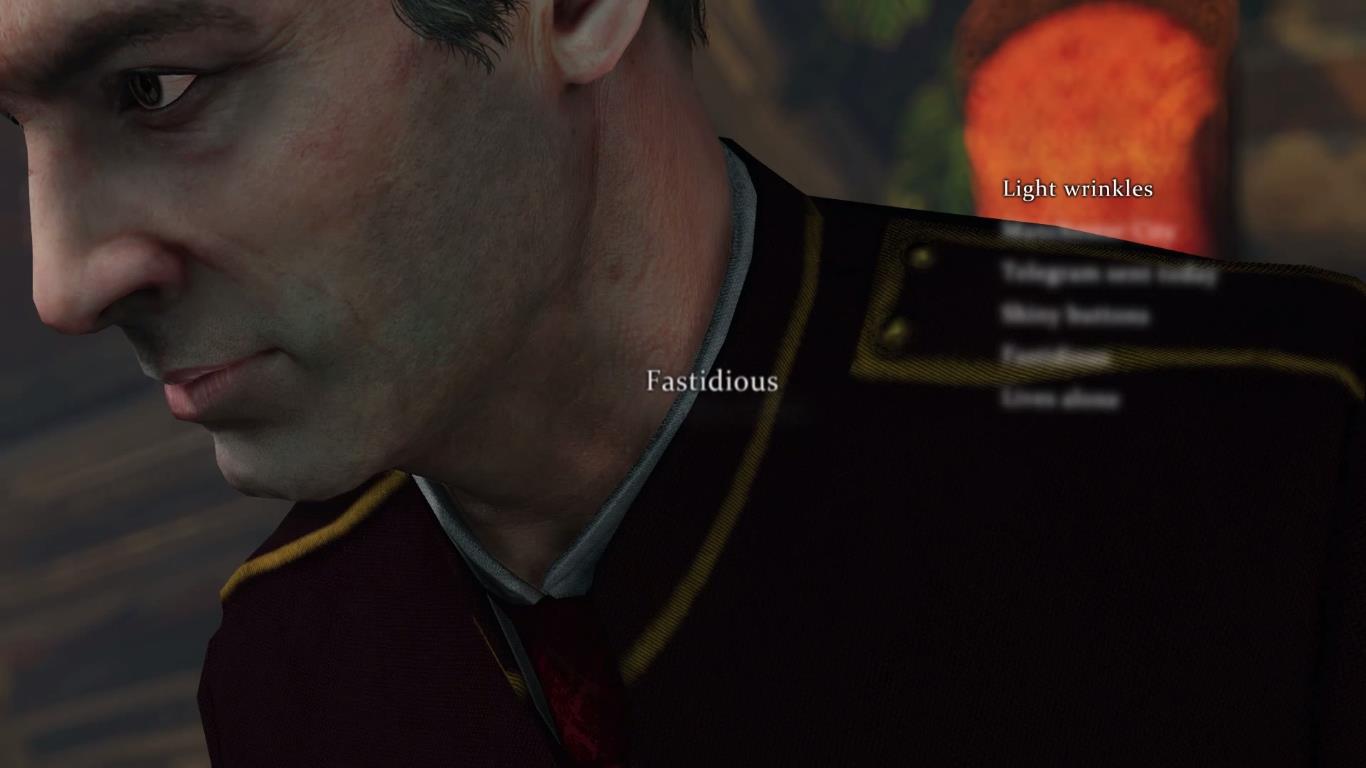 The other two elements worry me. It’s quite possible that the trailer, although claimed to be “raw” footage, is still very contrived, so maybe that’s just it, but having only one question to be asked makes it seem kind of superfluous to force the player to click on it. It doesn’t add much to fun or gameplay. However, I reckon it’s a good bet that the real deal will have a bevy of choices when it comes to questions. It would be interesting if you could only ask so many questions or if other questions make it so that you can’t ask others (due to time constraints, suspects being uncooperative, etc.), but from what we’ve seen in the multiple trailers so far, this could be a weak link.

The third aspect of rebutting lies was something I praised before. A new take on quick-time events. But now it worries me that maybe every time the game deems the suspect to be lying, the game will throw up a QTE for you. That sort of defeats the purpose of giving the suspects tells when they lie if the game automatically tells you that it thinks they are lying. It’d be interesting to see how it all actually plays out and whether sometimes the game throws at you false positives or another way to balance it out

There’s definitely a lot of potential going both good and bad for Crimes and Punishments. All indications is that it’ll probably be good. Thus, it is definitely something worth looking out for when it comes out on the 30th of September on PS4, PS3, Xbox One, Xbox 360 and PC.

What do you think of the trailer? Does it look promising? Tell us what you think in the comments below!