The latest news in the world of video games at Attack of the Fanboy
September 11th, 2014 by Danny Vittore 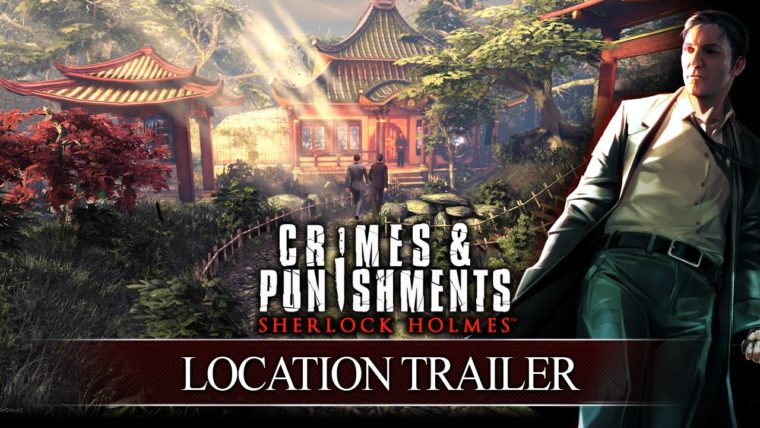 The countdown to the release of Crimes and Punishments Sherlock Holmes is in full swing and Frogwares hasn’t let us forget that fact with multiple trailers being released on different facets of gameplay like the art of interrogation and the art of subversion. This time, they are giving us a look at something different from gameplay, but more on locales you will be seeing in Crimes and Punishments.

There are a very large variety of places, from 221B Baker Street, the police station, an Asian garden and a Victorian mansion. There are also a noticeable variety in sizes of the locations. Whilst you will see much smaller areas such as 221B Baker Street itself it appears the sets can vary as much as to a whole dark Victorian street as well as a very large, kind of creepy, abandoned mine of some sort.

No one is going to pretend that there wasn’t a little bit of CG touching up in the making of this trailer, perhaps smoothing up a line or two, but you can be quite confident that what you see is what you’re going to get (the visuals aren’t all that different from the ones we’ve seen in previous gameplay footage) with Crimes and Punishments.

We also get to hear some conversations in the background of the trailer that suggest that Sherlock Holmes will find a body himself for one of his cases. As well as an investigation that will appear to heavily involve an archaeologist who specializes in the Roman era. Perhaps readers who are more well-read in Sherlock Holmes lore than myself will be able to figure out if these are novel cases or Sir Arthur Conan Doyle (that have been promised) cases as some quick Google searches turned up nothing.

Crimes and Punishments: Sherlock Holmes is due to be released on the 30th of September for Xbox One, PS4, Xbox 360, PS3 and PC.

Are you looking forward to exploring Victorian London as Sherlock Holmes in Crimes and Punishments? Let us know in the comments below!